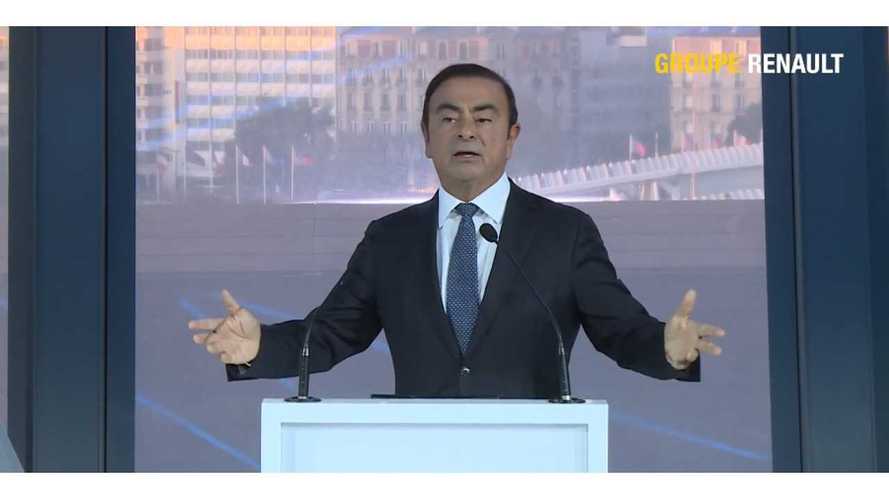 Carlos Ghosn was arrested in Japan. Nissan prepares to sack him

On Monday, one of the most powerful men in the automotive industry - Carlos Ghosn - who leads the Renault-Nissan-Mitsubishi Alliance, was arrested in Tokyo. Ghosn was also one of the few CEOs who 10 years ago who stood behind electric car investments, introducing best-selling models like the Nissan LEAF and Renault ZOE (in Europe).

According to the first reports, the reasons behind the arrest are:

In general, it seems that Ghosn is accused of underreporting income to pay less taxes and personal use of company assets.

Current Nissan CEO Hiroto Saikawa announced that he will propose to the Nissan Board of Directors to promptly remove Ghosn from his positions.

Stocks of Renault, Nissan and Mitsubishi are down. The question is whether Carlos Ghosn really is guilty and whether or not the next boss of Renault and The Alliance will maintain the current strategy (to keep special partnerships between the companies, invest in electric and autonomous cars, etc.)

Regarding serious misconduct by Nissan Chairman and one representative director

The investigation showed that over many years both Ghosn and Kelly have been reporting compensation amounts in the Tokyo Stock Exchange securities report that were less than the actual amount, in order to reduce the disclosed amount of Carlos Ghosn's compensation.

Also, in regards to Ghosn, numerous other significant acts of misconduct have been uncovered, such as personal use of company assets, and Kelly's deep involvement has also been confirmed.

Nissan has been providing information to the Japanese Public Prosecutors Office and has been fully cooperating with their investigation. We will continue to do so.

As the misconduct uncovered through our internal investigation constitutes clear violations of the duty of care as directors, Nissan's Chief Executive Officer Hiroto Saikawa will propose to the Nissan Board of Directors to promptly remove Ghosn from his positions as Chairman and Representative Director. Saikawa will also propose the removal of Greg Kelly from his position as Representative Director.

Nissan deeply apologizes for causing great concern to our shareholders and stakeholders. We will continue our work to identify our governance and compliance issues, and to take appropriate measures.

Boulogne-Billancourt, November 19, 2018 – Philippe Lagayette, as lead independent director of Renault, in liaison with Board Committee Chairs Marie-Annick Darmaillac and Patrick Thomas, have acknowledged the contents of Nissan’s press release of today.

Pending provision of precise information from Carlos Ghosn, Chairman and Chief Executive Officer of Renault, the above directors wish to express their dedication to the defense of Renault’s interest in the Alliance. The Board of Directors of Renault will be convened very shortly.