First Electric Bentley To Launch By 2025, Could Be Porsche Taycan-Based 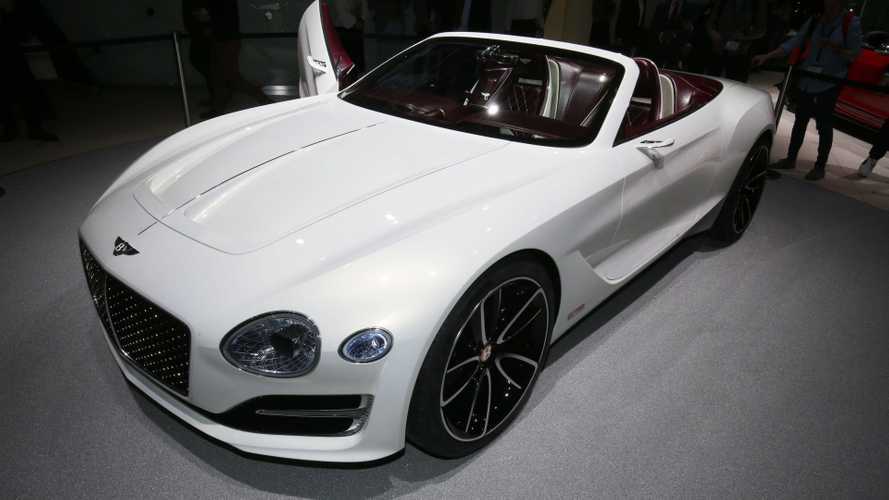 Bentley has set its sights on launching its first all-electric car by 2025. The car will follow the launch of sister brand Porsche's Taycan, which is set to arrive next year.

The decision from Bentley to explore the idea of its first all electric car is not so much to follow current high-end carmaker trends – Aston Martin will also be going electric via its Lagonda brand, Jaguar is already introducing electric cars, and Ferrari is considering building one too – but rather to tackle its own huge environmental impact. Bentley's current range is full of gas-guzzling V8s and W12, so a popular electric offering would go some way to offsetting the impact of the petrol-powered models.

"When is the first full-electric Bentley? That is currently in the decision process, but our target is definitely before 2025," Bentley CEO Adrian Hallmark, who took over the running of Bentley at the start of this year, told Reuters. "It was taking stock of all the models, all the powertrains, all the future technologies that we needed to invest in and re-cut the plan to be more electrified than we were.

The car, which is still being discussed by the high-ups at Bentley will be based on an Audi/Porsche platform, meaning that it will bare some resemblance to the Taycan, at least mechanically.

What we don't know is what kind of car the electric Bentley could be. The Taycan is a four-door coupe, but Bentley previously showcased an electric sports car concept with the EXP12 Speed 6e (above) at the Geneva Motor Show last year.

It won't be the first partnership between the two radically different brands which became sister brands when Volkswagen took control of Porsche in 2012. Since then Porsche's financial arm has provided services for Bentley customers, and the latest generation of Continental GT (above) is build upon Porsche's rear-wheel-drive MSB platform. However, Bentley's adoption of the Porsche duel-clutch transmission has been less successful, with problems adapting the unit holding up Bentley and causing something of a financial hit.

Bentley is expected to net record sales of 11,089 by the end of this year according to Automotive News, despite delays with the new Continental GT brought by the challenges of integrating Porsche platforms and components, and the company having to rework a number of its models to comply with stricter emissions regulations. Bentley also posted losses of around £71.25 million in the first half of the year, and will almost definitely end the year in the red, too.