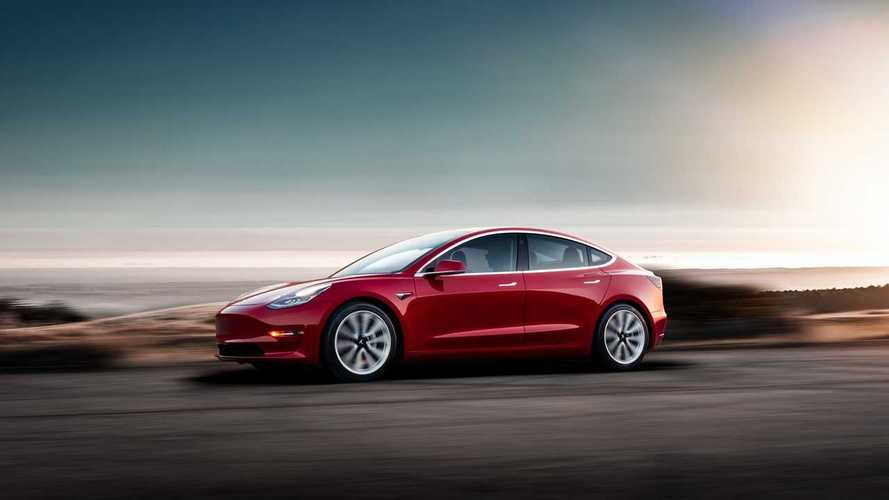 What's the story here and how much might this new battery pack really save Tesla?

We’ve had lots of news in the last week. Tesla told us during their earnings conference call that they maintained 20% gross margins during the 3rd quarter. On the other hand, it also delayed production on the short range version (again) because the gross margins are not quite there. It appears Tesla is waiting for a new short-range pack design.

We came up with a new design that achieves the same outcome, that’s actually lighter, better, cheaper and we will be introducing that around the end of this year – probably reach volume production on that in Q1 or something. That will make the car lighter, better, and cheaper and achieve a higher range.

What is this new pack design that’s lighter better and cheaper, how much money does it save Tesla, and what might be its impact on gross margin?

Here’s a tweet from CEO Elon Musk about the MR pack:

It’s a long range battery with fewer cells. Non-cell portion of the pack is disproportionately high, but we can get it done now instead of ~February

In this last tweet, Musk is saying that the new MR pack will use the same module casings as the long range, only with fewer cells. However, it is our feeling that that case configuration will just be temporary until around February. At that time, the MR pack will switch to shorter module casings. Tesla will then simply depopulate the new MR module casings or just de-rate it with software for the 50-kWh pack.

Aside from the two Musk tweets above, Tesla hasn’t told us much about the new short-range pack. However, we can deduce what it is based on what they have told us and a bit of computer modeling.

Electrek has reported that the mid-range pack is 62 kWh’s usable (ref). That number makes sense based on our computer modeling. Our modeling also predicts the size of the SR pack required to get 220 miles AER = 50 kWh. So, we have three size packs: the LR pack with a total available usable 78.3 kWh (ref), the mid-range pack with a usable 62 kWh plus a reduced size module (in February time frame), and the SR pack with 50 kWh usable in the new shorter mid-range module casing with fewer cells or just a software de-rate.

Tesla has also told us that they will be getting new Grohmann battery assembly automation equipment in the 4th quarter, which will speed production of battery packs and reduce prices. We don’t know exactly how much the new Grohman machines will lower pack cost for Tesla, but we can estimate fairly accurately how much money Tesla will save by reducing the cell count in the two packs. In addition to fewer cells, we also believe Tesla has designed a new mid-range module that is shorter than the LR modules, so they can save on all the connections and module casing etc. as well. So, the move to the new MR module should save slightly more money than just removing cells.

We also are estimating that Tesla will simply de-populate (or de-rate) the new mid-range modules in order to get the 50 kWh SR module, based on what they have done in the past.

Here’s our estimate of what the new pack designs will be and how much they will impact gross margin.

An explanation of the math:

Each time Tesla lowers its cost of the pack, it lowers its cost of goods sold. That’s nice, but if you lower the selling price of the car more than you lower your costs you end up losing profit margin. So with each new configuration, we subtract the difference between what Tesla saved on cost and the drop in the average selling price. If Tesla drops the price more than their cost savings, it drops their gross margin by that amount as well.

We calculated the cost savings as follows:

Based on the $115/kWh cost to tesla for cells and another estimated cost of $10/kWh for smaller module casing and connections, we estimate Tesla lowered its cost of goods sold by $2,075 for the MR. It dropped the selling price of the mid-range version $3,000, so it came very close to holding the same margin with the mid-range version.

However, this 12% margin has doesn't factor in the new Grohmann assembly machines, as well as whatever else is done to the assembly line to increase production rate. Even with those improvements, it's still tough for us to imagine Tesla getting back to 19% gross margin with the new Grohmann machines. The numbers are just not there. Even in the extreme case where Tesla reduced the pack cost by an additional 10% with the new Grohmann assembly machines, that would only increase its gross margin from 12% to 13.4% ... still way shy of getting back to 19%.

In comparison, Troy Teslike is predicting Tesla will reduce its gross margin from 15% to 5% with the short-range pack (ref). So again, way shy of acceptable.

Therefore, we think that Tesla will have to increase the price of the short-range version around $2,500.

Let us know what you think Tesla has up its sleeve with this new “lighter, better and cheaper” battery pack. Maybe they will change to a new cooling scheme (flat plate?). Maybe they have a gen-two 2170 cell design waiting in the wings?

For those that are wondering why we haven’t factored in a lower cost electric motor and wiring as we discussed in an earlier article, we have it from a reliable source that the same motor is used in all variants of the Model 3.

This article was a team effort between the author and Keith Ritter,