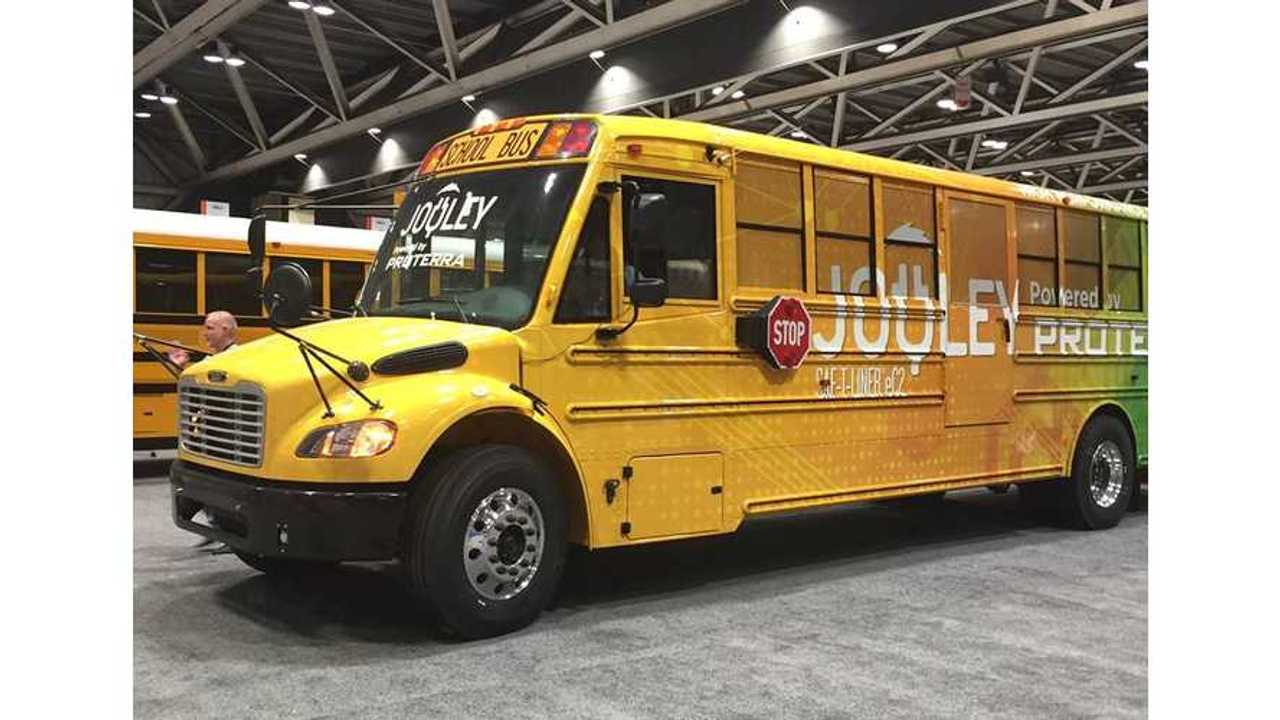 Proterra goes from green to yellow with its buses.

The vehicle can be recharged using J1772 Combo plug (CCS Combo 1) at 60 kW in about three hours, which suggests battery capacity of about 180 kWh.

Thomas Built Buses presented Jouley in its first attempt to electrify school buses in late 2017, but probably at the small scale of school buses it was a better deal to share powertrain and batteries with a transit bus manufacturer like Proterra.

“This collaboration with Proterra supports our mission to deliver sustainable solutions to schools. We are excited to integrate Proterra’s proven electric vehicle technology into our buses, to provide safe, clean and quiet transportation for children across the country.”

“School buses provide critical community infrastructure and are an excellent application for vehicle electrification. We’re pleased to work with an industry leader like Thomas Built Buses to unveil a high performance electric school bus that reduces our children’s exposure to diesel emissions.”