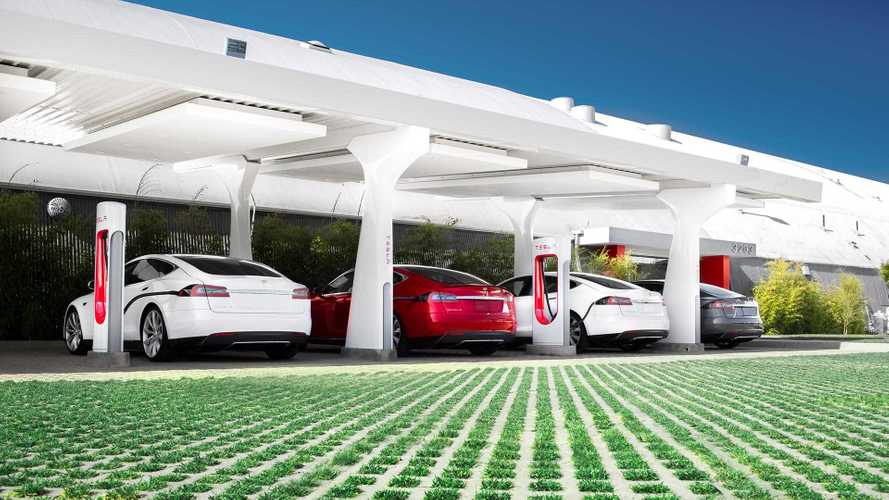 WHICH COUNTRIES IN EUROPE ARE EMBRACING ELECTRIC VEHICLES?

Europe’s automotive market is slowly getting charged. The drivers of electrification are EU regulatory agencies, which are imposing ever-stricter limits on carbon and nitrogen oxide pollution. Meanwhile, the German auto industry is pulling in the other direction, using its immense political power to try to delay and water down emissions regulations. The various European countries are caught in the middle - some are embracing the electric future, some are resisting it, and most are muddling through with no particular plan.

Above: A look back at the first Tesla Model S delivered in Europe to Norway's Frederic Hauge (Image: EV Obsession)

A recent article in Automotive News Europe examines the current state of play in the Continent’s most important auto markets.

Norway has become the world’s EV capital, thanks to generous purchase subsidies and other incentives. EVs are exempt from acquisition tax and from the country’s 25 percent value-added tax. They also enjoy privileged status on the roads, with exemptions from tolls, free ferry rides and, in some cities, free parking. Last year, pure electric cars accounted for over 20% of new registrations. Tesla’s Model X is by far the top seller - the Nissan LEAF is #2, and Model S is #3 (according to EV Sales).

The Netherlands holds a firm second place in the EV race. Plug-in vehicles accounted for some 4.1% of total auto sales so far this year. Tesla is the market leader here too - sales set a new record in September, with Model S in the lead, followed by Model X (and the Nissan LEAF in a distant third).

The UK aims to be a major force in the electric vehicle market, which it sees as a way to revitalize the country’s industry and provide high-tech jobs. Along with California (and possibly China), the UK is one of the few governments that has a comprehensive strategy for electrification, as opposed to the piecemeal measures being taken by most countries and states. The government’s Road to Zero strategy addresses commercial vehicles, public transport, charging infrastructure and much more, and includes a proposal to end the sale of fossil-powered vehicles by 2040.

Above: A look at some of the electric cars available in the UK (Image: Go Ultra Low)

The UK currently has over 16,000 public charging points, and the government has established a 400 million-pound fund to finance an expansion of the charging network. Buyers of plug-in vehicles are eligible for grants of up to 4,500 pounds.

France’s President Emmanuel Macron has set a goal of increasing EV sales fivefold by 2020. Paris plans to phase out legacy vehicles in the city by 2030 to cut air pollution. The country has a range of incentives in place, including purchase subsidies of up to 6,000 euros for electric and hybrid vehicles, and a diesel scrappage plan that offers up to 4,000 euros for trading in an older diesel vehicle. Plug-in vehicles are also eligible for tax breaks, and in some provinces, annual registration fees may be waived.

France had over 16,000 public charging stations at the end of 2017, and the government has set a target of 100,000 by 2020. On the negative side, the Autolib car-sharing service, which featured Bolloré EVs and a network of charging stations, went belly-up this year.

The most popular plug-in vehicle in France is the homegrown Renault Zoe. Tesla is less popular here than elsewhere in Europe - Model S is #14 in year-to-date sales (per EV Sales).

In Spain, the government has implemented several incentive plans in the past year. The Alternative Mobility Support Plan was launched with a 20 million-euro budget to encourage sales of  alternative-fuel vehicles - the budget was used up in less than 24 hours.

Denmark has become the latest country to propose an eventual ban on the sale of ICE vehicles. In a recent speech to parliament, Prime Minister Lars Løkke Rasmussen said, “In just 12 years, we will prohibit the sale of new diesel and petrol cars. And in 17 years, every new car in Denmark must be an electric car or other forms of zero-emissions car.”

The new policy represents an about-face for Denmark, which saw EV sales plummet after the government began phasing out incentives in 2015. Last year, plug-in vehicle sales represented just 0.4% of the Danish market, a pittance compared to the numbers in neighboring Sweden (5.3%) and Norway (39%).

And then there is Germany, home to the world’s largest automaker (VW) and some of the world’s most iconic luxury brands. The federal government is pushing - in 2010, Chancellor Angela Merkel set a goal of having one million electrified cars by 2020 - but the auto industry has been bravely holding back the tide. At the start of this year, there were around 100,000 plug-ins on German roads, just over half of them pure EVs.

Above: German automakers have been hesitant to expand beyond its low-range electric vehicle offerings like the BMW i3 (Image: Plugin Cars)

German automakers are struggling to find a profitable way to sell EVs - several have warned that electrification will lead to financial losses for the industry, and have cited the threat of lost jobs as a justification for watering down emissions standards.

The government introduced a purchase incentive in July 2016. Roughly 600 million euros were earmarked for the program, but only about 100 million euros had been spent after the first two years. The program excluded vehicles with a starting price over 60,000 euros - details were negotiated by the government and German automakers, who are providing some of the funding. Tesla felt left out, and devised a way to reduce the base price of a Model S to 60,000 euros, by unbundling some standard features and making them options.

At first the Germans accused Tesla of gaming the system. Later, the Federal Office of Economics and Export Control (BAFA) clarified that Model S buyers were eligible for the incentive. In July, in an odd twist, BAFA reversed its ruling, and actually asked some Model S buyers to reimburse the government for incentives they already received. Tesla is disputing the decision, and says that it will cover the costs to its customers.

According to a study by European car industry association ACEA, there are just over 25,000 charging points in Germany - the second-highest number in the EU after the Netherlands.

Oddly, the Renault Zoe is the best-selling plug-in in Germany, closely followed by the BMW i3 and VW e-Golf. Tesla’s Model S is far back in the pack at spot #18.

Another EV laggard is Switzerland, a small auto market that’s dominated by German and French brands. As is the case in several countries, consumers’ love affair with SUVs has derailed the government’s efforts to meet previously agreed-upon emissions reduction goals. In a 2017 national referendum, the Swiss opted for strict limits on CO2emissions of new cars, but auto importers are far from reaching the agreed-upon levels, and are moving in the wrong direction.

Swiss Energy Minister Doris Leuthard (who drives a Model S) is an EV booster, but the federal government has soundly rejected every proposal for purchase incentives or investments in charging infrastructure. Over the past couple of years, Swiss auto importers paid around 18 million Swiss francs in fines for exceeding emissions standards, but the auto lobby recently introduced measures that could allow importers to continue to exceed the standards without incurring fines.