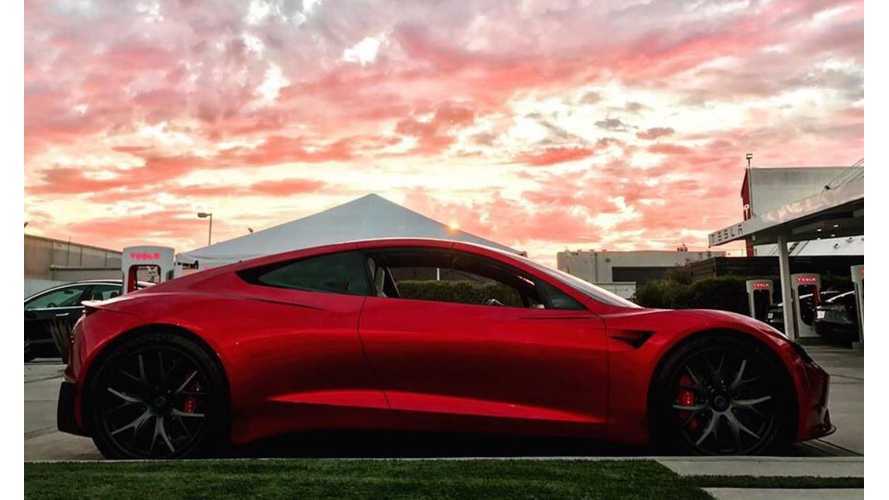 How does one inspire future automotive designers? Well, it depends on who's involved.

How about providing them with a next-gen Tesla Roadster prototype to check out? This is a fantastic idea, and especially even more so when the particular college in mention is the Alma Mater of Tesla Chief Designer Franz von Holzhausen. Nothing like being at the right place at the right time!

More On The Tesla Roadster Debut In Europe At Grand Basel

The upcoming Tesla Roadster was unveiled as somewhat of a surprise during the Tesla electric semi-truck reveal. Since then, it has definitely not been a stranger to the media, but sightings have still been limited. Nonetheless, just this past weekend it made its way to the distinguished ArtCenter College of Design in Los Angeles, California.

Not only did Franz study at the ArtCenter, but also some of his esteemed colleagues and team members at Tesla, like Tesla’s Director of Product Design, Javier Verdura, among a handful of others, were educated there. Thus, it's a highly recognized location of study for some of today's top automotive designers and stands to be one that may produce some of the leaders in the field in the coming years. The ArtCenter benefits not only from its reputation, but also from its location in regards to the Silicon Valley startups and the growing focus on California as a global hub for EVs.

The ArtCenter recently hosted is 2018 Car Classic exhibition and celebrated the 70th anniversary of its Transportation Design program. What more to make the event extra special than to bring in a red Tesla Roadster prototype, which was designed by its most celebrated grad? If you can think of something better, let us know. Anyhow, enjoy the images. There's no discounting the fact now that Tesla designs are winning the world over. We can't even imagine the positive impact once the Model Y, Tesla pickup truck, and Tesla Semi actually come to be.