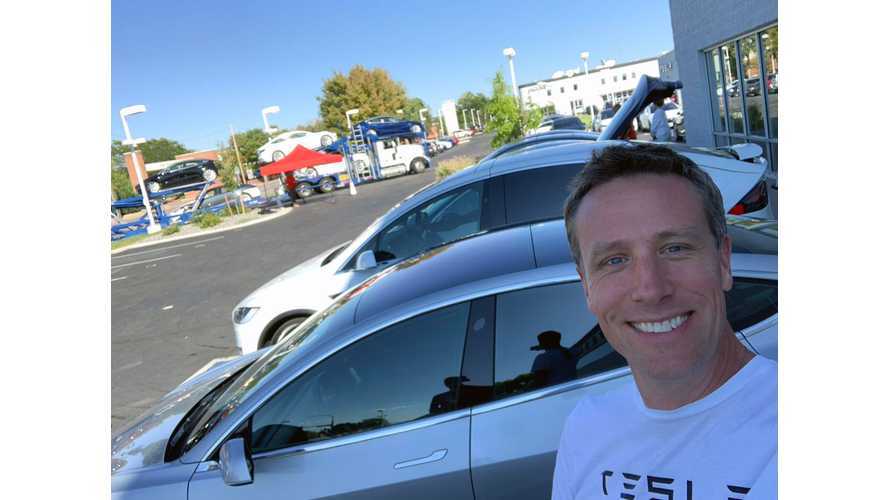 This past weekend was an extraordinary one at Tesla stores. As the upstart automaker hustles to deliver as many cars as possible before the end of the month (and the quarter), parking lots of many its shops have been whirlwinds of activity. If you were working at a dealership next to a Tesla location, the inflows (and outflows) of vehicles might have made your own business seem underwhelming. At least, that appears to have been the case for one particular Jaguar dealership.

A Twitter user going by the name of "TheTeslaGuy," who spent at least part of his weekend volunteering to help explain the car to new owners at his local store in Littleton, Colorado, claims to have overheard the reactions of staff at the British brand's dealership next door in response to all the hubbub. Apparently, they had just moved into what had previously been a Honda dealership. We've embedded his tweets below, but basically, the employees were dumbfounded at the number of trucks arriving to drop off fresh batches comprised mostly of the Model 3.

Asking where the all the cars were going to be stored, they were told, presumably by Tesla staff, that, "They aren’t staying." (Burn!) The response, reportedly, created some sad faces among the Jag staff.

Hopefully, these same guys will be cheered up once that brand's I-Pace starts showing up. While not expected to move the numbers that the Model 3 is doing at the moment, at least they'll be involved in the electric revolution in a meaningful way.

As we mentioned, we've included the tweet with the anecdote below, but as a bonus, we're throwing in another tweet from TheTeslaGuy showing his latest time attack of a course set up at the Pikes Peak road course track. Enjoy.

Hilarious highlight of the day: The Jaguar dealers that had just moved in next-door to Tesla Littleton commented on all of the truck carriers of cars showing up, and asked, “where are you going to put all of these?” And the answer was “They aren’t staying.”