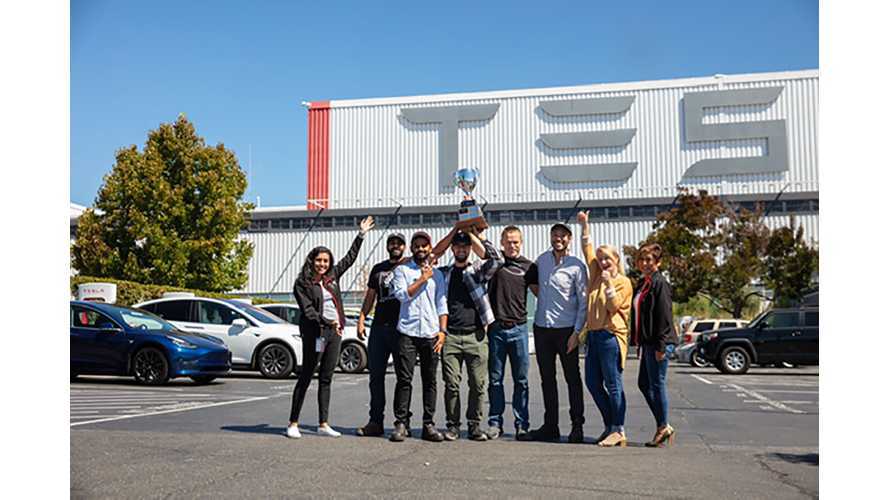 In a step some might see as long overdue, Tesla has published a safety update by its Vice President for Environmental, Health and Safety (EHS), Laurie Shelby. The executive, who has a solid 30-year career, previously spending almost 18 years at Alcoa doing similar work, made a strong appearance on the company's financial call. Addressing the analysts waiting to ask financial questions, along with myriad journalists listening in, she gave a full-throated defense of Tesla's safety culture at its facilities. Now, she has packaged that information in a single blog post, which you can find in full below.

While we here at InsideEVs are not experts in the safety field, the efforts being made by the California automaker certainly seem impressive. They include its own on-site clinic at Fremont headed by an orthopedic surgeon and employing three full-time doctors available to workers for both work-related and non-work related injuries.

Also of interest is the discussion of the 4-month Cal OSHA investigation at the plant in the wake of a supposed exposé of the safety culture there by the publication Reveal. Apparently, only two minor issues were, um, revealed after the intensive investigation, making us wonder if the original report was actual journalism or part of a wider disinformation campaign.

Regardless, we enjoyed this report and think you will too. We hope the company continues to share information on this aspect of its efforts going forward.

One Year In: Tesla Safety Update

Last October, I joined Tesla to oversee its Environmental, Health and Safety (EHS) team. Reporting directly to Elon and regularly meeting with him, I’ve enjoyed Tesla’s full support as I expanded the company’s global EHS team to 250 employees, adding 35 people at the Fremont factory alone. Over the past year, it’s been clear to me that nothing is more important to Tesla than the health and well-being of its employees. We are the largest manufacturer in the state of California, and while other U.S. auto manufacturers continue to outsource skilled jobs and safety standards, Tesla is creating and keeping more jobs right here in the United States, allowing us to control quality and safety directly. And the result is that our injury rate has continued to trend downward in 2018.

My own safety philosophy, honed during 30 years in the profession, is first and foremost based on prevention and mitigation of risk. At Tesla, that means an intense focus on the prevention of significant injuries. Major injuries are avoided when we learn from small mistakes and address them proactively and aggressively before they become something serious, thereby decreasing the possibility that a life-altering injury will occur.

On Wednesday, Elon invited me to share the safety improvements we’ve made this past year with investors on our quarterly earnings call because this is so important to him personally. I am really proud of what we are doing at Tesla and here are some of the highlights:

I’m honored to work at Tesla. There is still a lot more to be done in order to become the safest company in the world, but I am proud of how far we’ve come over the past 12 months.