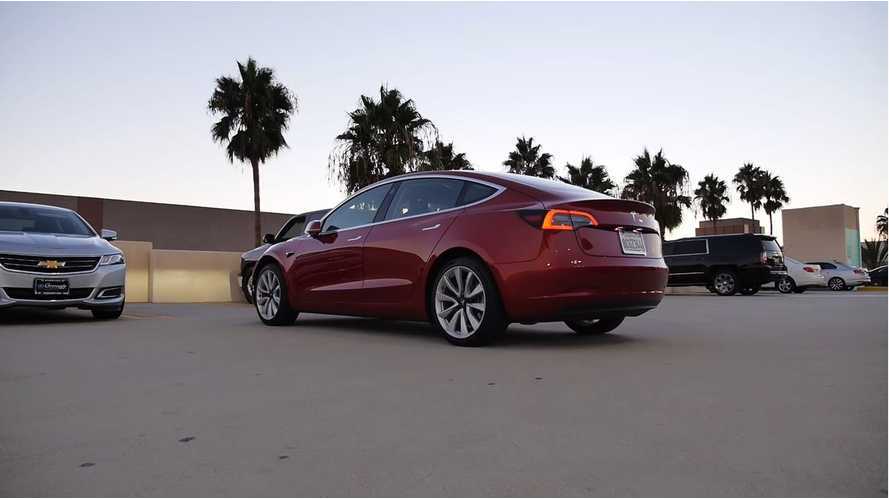 Was this week a turning point for electric vehicles?

This was a dramatic week for EVs. There was mid-week news of Tesla turning a profit in Q3, following soaring sales of the Model 3. A day earlier, the Spanish capital put its “Madrid Central” plan into force – effectively banning all non-electrified cars from the heart of the city. The Madrid action follows reports earlier this month that the UK could move up its internal-combustion ban and Denmark wants to go completely all-electric, even banning sales of hybrid cars by 2035.

The End of the ICE Age

Tracking The Demise Of The Internal Combustion Engine

If that wasn’t enough, let’s rewind to Monday for two analytical articles that might have escaped your attention amid all the other EV news. The first is from Carmi Turchick, who discloses in his post for Seeking Alpha that he works for Tesla and has stock options. So you might expect him to describe the latest EV trends as an “existential threat” to automakers. The article is entitled “Tesla And The Coming Automotive Industry Disruption.”

Talking someone into an ICE car who wants an EV will be like trying to sell a rare bloody steak to a vegetarian.

He writes, “As batteries improve, the range will keep going up, cost and weight will come down, speed of charging will increase, acceleration will get faster (and it is already very fast), and many more improvements are just a matter of programming.” Turchick believes that these trends will become a problem for traditional automakers as they respond to Tesla and Chinese EV producers.

“They will be making EVs that their own ICE cars simply cannot compete with,” he writes. It will reach a point where ICE cars will be undesirable to mass consumers. “Talking someone into an ICE car who wants an EV will be like trying to sell a rare bloody steak to a vegetarian,” writes Turchick. A true believer, he predicts the transition will be “far faster than most are expecting.”

As I said, these views are not surprising from a Tesla employee. But check out what Maryann Keller, an august auto analyst for four decades, wrote on LinkedIn on the very same day. Keller is the author of the 1989 book “Rude Awakening” about the rise of Japanese automakers in the United States. Her piece is entitled, “Electric Vehicles Will Destabilize the Automotive Industry.”

Keller starts with these words of warning: “The auto industry is in trouble.” She says that vehicle electrification will transform the automotive landscape because it eliminates transitional barriers to entry, such as the amount of required investment capital and the expertise need to make a vehicle. The established automakers are protected from new entrants as long as internal combustion engines and transmissions dominate the market. But, critically, they are not protected against the rise of EVs.

When it comes to electric vehicles, the investment and design expertise needed to build a car are less expensive and easily available to a startup. EVs have fewer parts, and manufacturing all of the critical elements, including the battery, can be outsourced. And instead of making the investment to produce engines and transmissions internally, EV assemblers can simply source the most important and expensive component, the battery from any number of suppliers.

Keller says that Tesla “stunned the auto industry” with its fast progress. But she also points to China as the “primary benefactor as battery-powered vehicles alter the competitive landscape.” Keller says the rise of EVs will enable China to establish an “OPEC-like vise over battery capacity…and the critical materials needed for the production of lithium-ion batteries.”

Her analysis reaches a level of panic as she describes how established automakers will soon lose what makes them special – the characteristics of their engines and transmissions. “Never before has the global automotive establishment confronted such fundamental and imminent challenges,” she concludes.