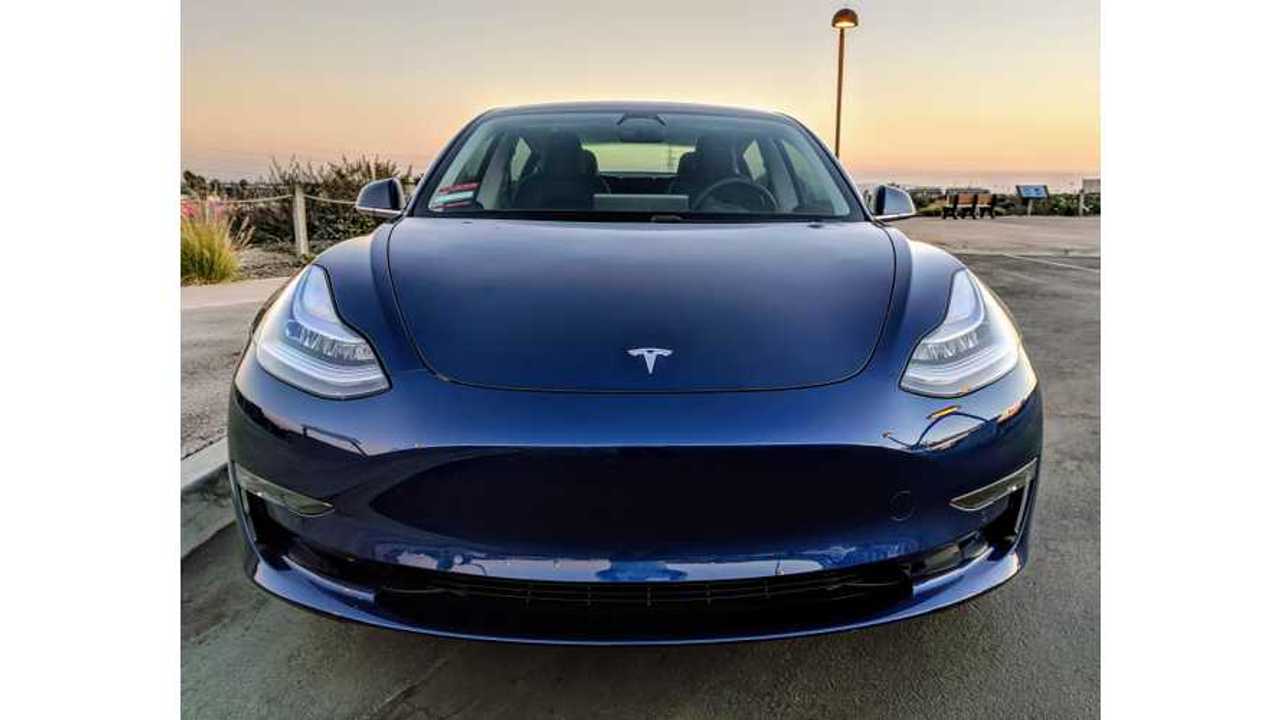 An inside source reveals information about the Tesla Model 3 Mid-Range battery pack.

Just a week ago, Tesla made a surprise announcement that it was offering a new Tesla Model 3 Mid-Range model, with a 260-mile range due to fewer cells in its battery pack. Pricing for the model is now set at $46,000. The effort by the electric automaker was not only to offer a less expensive Model 3, but also to speed up production, so that more people may be able to partake in the U.S. federal EV tax credit. Tesla doesn't share the energy density of its Model 3 battery packs, but a report by Electrek claims a source has leaked the specifics.

The battery pack in the new Model 3 variant is the same pack used in the Long Range car, but it doesn't house as many cells. According to the source, it has a 62-kWh capacity. Electrek reports that this is 12 kWh less than the Long Range model, which the publication estimates at 74 kWh. However, we provided an EPA document back in 2017 that shows an 80.5-kWh pack. Perhaps the usable energy density falls somewhere in between?

Again, we have no way of officially confirming any of this information since Tesla doesn't provide it. Electrek's report simply says that a source familiar with the matter shared the number. The source also claims that a handful of Tesla Model 3 Mid-Range vehicles have already been built. Tesla's website states that customers can expect delivery of the new variant in six to 10 weeks.