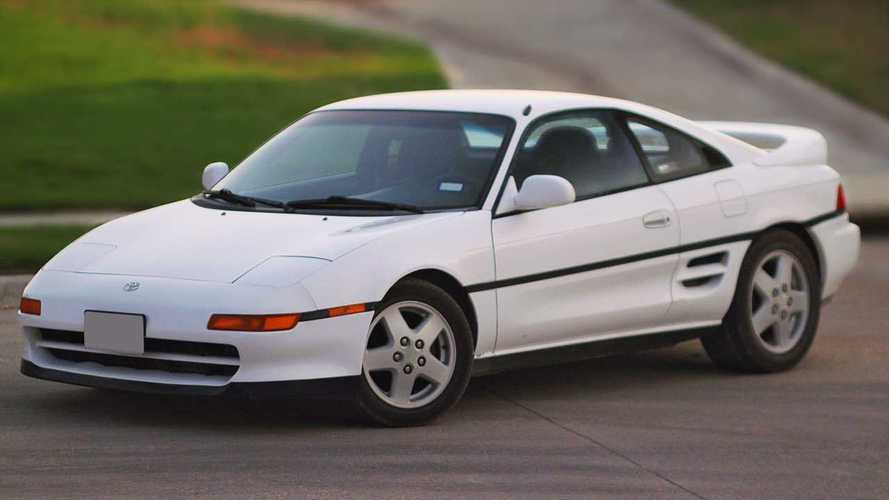 Don't pull out your wallets just yet.

What would you say to an all-electric Toyota MR2? Though it wouldn't reach dealers anytime soon, it appears as though the Japanese automaker is at least considering bringing back the nameplate to hang on a battery-power sportscar.

Only 0.3% Of Toyota Sales In Europe Were Plug-In Hybrids

According to Autocar, the company's European vice president of sales and marketing, Matt Harrison, Toyota is seriously considering adding it to its list of future product. Characterized as being in the "discussion stage," battery power is firmly in the mix as a means of motivation. Were it to come to fruition, the publication muses it would take advantage of the Toyota New Global Architecture (TNGA), a modular unibody automobile platform that can accommodate a number of drivetrain configurations.

Speaking about the brand's heritage, Harrison shared that the little two-seater was an important part of what Toyota President Akio Toyoda refers to as the "three brothers," its traditional triumvirate of sportscars, which also included the Celica and Supra. The past is never perfectly recaptured, though, and today the GT86 stands in for the Celica of old. If reborn electric, the drivetrain would certainly make the MR2 quite a different beast from its predecessors.

The car was always a bit of an odd duck. In Toyota's universe, it pointed to the company's Supra North Star, but like the Big Dipper, it was its own separate entity.  Its proportions were unique and directly related to its mid-engine setup. If made in an electric format, Autocar muses the motor could again be situated behind the seats and ahead of the rear axle. While we here at InsideEVs are as sentimental about past vehicles as anyone, we think this setup unlikely.

Considering the dearth of electric vehicles in its product plan — something it appears it's trying to counter with the creation of a dedicated zero-emissions division — we'd like to see a future Toyota electric sportscar be a technology demonstrator for the brand. Perhaps super-small-but-powerful motors for each of the four wheels, for instance. This is still rare in the electric vehicle performance world and could allow for the ultimate torque vectoring machine, with each wheel's speed precisely controlled.

Autocar warns that while it may take the name of the MR2, its appearance might reach even further back into the company's catalog. It points to the 2015 S-FR concept, itself a play on the 1965 S800, as a design starting point. However it plays out, it certainly won't be available for sale anytime soon. The British publication suggests a green-lit MR2 would only become a reality in the early to mid-2020's.