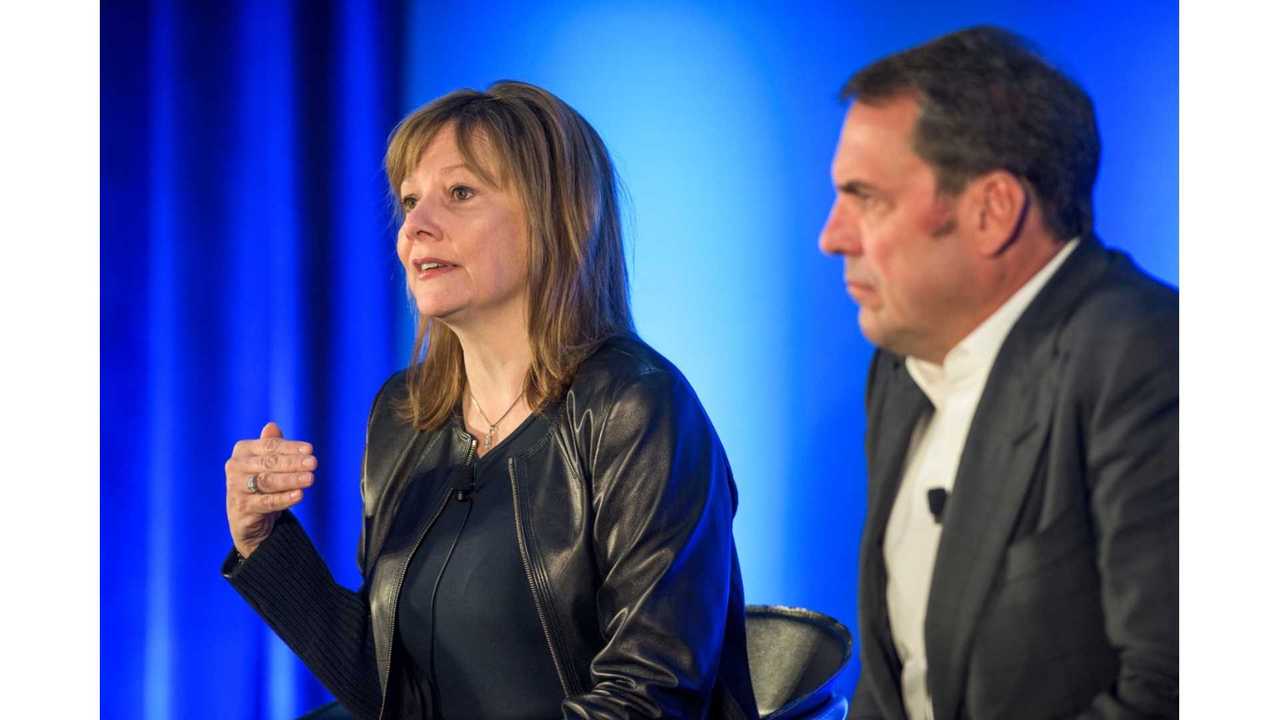 Early Friday, General Motors called for a nationwide zero emissions vehicle credit system. The company submitted to the government a proposal for a 7% ZEV requirement to begin in 2021, increasing 2% each year until 2030.

In an opinion piece by GM CEO Mary Barra in USA Today, she states: "We estimate this program has the potential to place more than 7 million long-range EVs on the road by 2030, while yielding a cumulative incremental reduction of 375 million tons of CO2 emissions between 2021 and 2030."

On Oct. 26, 2018, General Motors will file comments to the Safer Affordable Fuel-Efficient (SAFE) Vehicles Rule for Model Years 2021-2026 Passenger Cars and Light Trucks. In its comments, General Motors proposes the establishment of a National Zero Emissions Vehicle (NZEV) program to support a 50-state solution, promote the success of the U.S. automotive industry and preserve U.S. industrial leadership for years to come.

General Motors anticipates the NZEV program, as recommended, has the potential to place more than 7 million long-range EVs on the road by 2030, yielding a cumulative incremental reduction of 375 million tons of CO2 emissions between 2021 and 2030 over the existing ZEV program.

“General Motors has a vision of zero crashes, zero emissions and zero congestion. This is a bold vision and getting there will take bold actions.”

“We believe in a policy approach that better promotes U.S. innovation and starts a much-needed national discussion on electric vehicle development and deployment in this country. A National Zero Emissions Program will drive the scale and infrastructure investments needed to allow the U.S. to lead the way to a zero emissions future.”

Use of a crediting system modeled on the current ZEV program: credits per vehicle, based on EV range, as well as averaging, banking and trading.

Requirements after 2025 linked to path toward commercially viable EV battery cell availability at a cost of $70/kWh and adequate EV infrastructure development.

Program terminates when 25 percent target is met, or based on a determination that the battery cost or infrastructure targets are not practicable within the timeframe.

Additional consideration for EVs deployed as autonomous vehicles and in rideshare programs.

The Detroit automaker currently has the Chevy Volt, Chevy Bolt EV and Cadillac CT6 Plug-In available in the U.S. More EVs are expected from GM brands in the coming years.

GM is currently 1 year into their plan to launch 20 EVs within 5 years. The Chevy Bolt was a first step towards building affordable, profitable all electric vehicles.

The company expects EV profitability with their next electric vehicle platform in 2021. But uncertainty was created in government regulations and the market when the Trump administration announced their intention to fight the authority of the California Air Resource Board (CARB). The agency has a ZEV mandate that has been adopted by several other CARB states.

Why does Barra feel this is so important? She explains:

The stakes are high, and time is short. As U.S. companies like General Motors develop and deploy these technologies, governments and industries in Asia and Europe are working together to enact policies now to accelerate the shift to an all-electric future. We need further government and industry cooperation here in the U.S.

It’s simple: America has the opportunity to lead. Now is the time.