Bob Lutz Unleashed On Autoline: Of Course He Talks Tesla

We could have almost predicted that Bob Lutz would be making a special appearance on Autoline to talk about Tesla.

Surprised? We think not.

Not long after we reported that Autoline's John McElroy is seemingly (finally) becoming a Tesla believer - and Via's Bob Lutz continues to have no faith in the Silicon Valley automaker - Lutz makes an appearance as a special guest on Autoline After Hours. This really comes as no surprise since we've also shed light, especially as of late, on the immense amount of Tesla and Tesla-related coverage in the industry today. Make no mistake, if there's a link to Tesla (good or bad), it's sure to be huge news on a multitude of platforms. 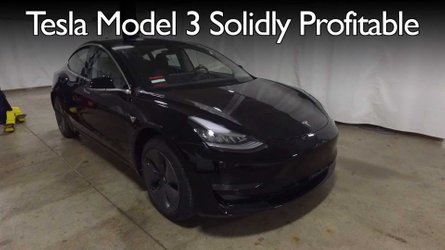 We watch Autoline This Week and Autoline After Hours in their entirety as often as we get the opportunity. But, we know everyone is busy and may not have time to tune in to the whole episode. If you want to simply hone in on Maximum Bob's Tesla talk, you can see the breakdown of topics in the video description below. We've highlighted those sections with BOLD font.

To sum it up, Lutz gives kudos to Franz von Holzhausen and says that Tesla is the first car company with truly compelling designs. Honestly, Lutz says he loves Tesla cars, though he just doesn't stand behind the business. McElroy agrees that there is nothing like Tesla's offerings on the market today. He absolutely loved his recent test drive experience. However, Lutz goes on to say that this is temporary, as many automakers are coming to market with EVs that are just as good, if not better than Tesla vehicles ... and they're going to be cheaper. According to Bob, Tesla just doesn't have the resources or technology to compete against ICE OEMs. Interestingly, the others set up a nice argument against Bob. Watch the segment to form your own opinion.

Bob Lutz: Live & Unleashed (And Yes, He Talks About Tesla) - Autoline After Hours 436

**There is a technical issue at 1:18:16 in this broadcast For the continued Tesla conversation, please skip to 1:22:17