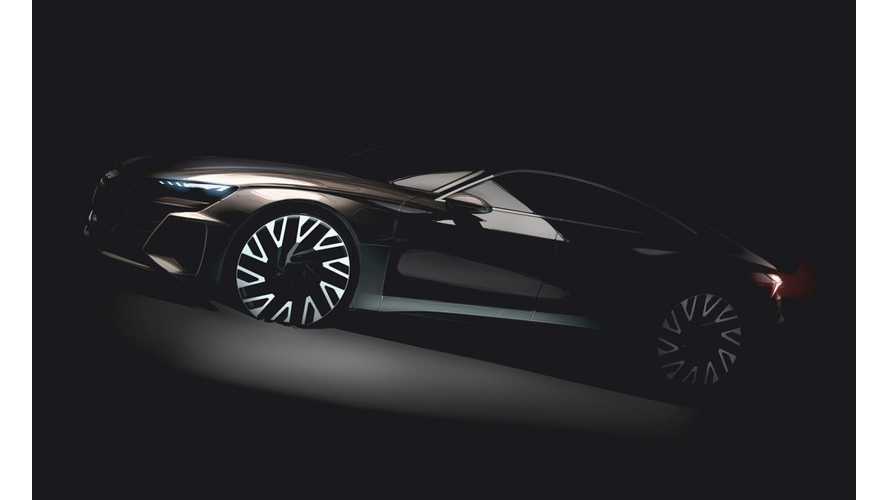 Audi is on the move. After the already revealed Audi e-tron electric SUV, the Ingolstadt based carmaker is set to reveal the e-tron Sportsback and finally, the electric Sport e-tron GT sometime in 2020. While we previously knew only a little bit about the e-tron GT, we now know the vehicle is to be underpinned by the Porsche Taycan vehicle platform.

More about the Audi e-tron and Porsche Taycan

When the German carmaker first released the information and concept images for its new sports car, it stated how this was to be the purely electric high-performance machine, underlining the Audi fully-electric EV range. The German carmaker also revealed where the vehicle is to be produced: the Audi factory in Böllinger Höfe near Neckarsulm.

“The four-door prototype Audi e-tron GT concept interprets sportiness in a new, progressive way. With its fascinating design and a purely electric drive, it leads our Audi Sport performance brand confidently into the future. The sporty four-seater will be manufactured at Böllinger Höfe near Neckarsulm as of 2020. It proves that high performance and electromobility do not have to be mutually exclusive.”

With the already revealed powertrain for the Taycan, providing a combined power output of over 600 hp (440 kW) between two electric motors, joined by a battery pack that, according to Porsche, will allow the vehicle to travel  “over 500 kilometers” (310 miles) of range on a single charge, the Audi e-tron GT (likely cheaper than the Porsche Taycan) should definitely be a fun and rather impressive car to drive.

Furthermore, the vehicle is set to benefit from the Taycan architecture in another way: it'll be the first production passenger car able to use the 800-volt battery system that will enable it to use up to 350 kW charging.