A lot of focus has been placed on the Jaguar I-Pace and it's rather poor efficiency compared to other modern electric vehicles. Certainly it pales in comparison to other EVs like the Model 3 or Hyundai Ioniq. But in practical real world driving situations, how well does it perform? YouTuber Bjørn Nyland decided to compare the I-Pace with his personal Tesla Model X for comparison.

More About Model X And I-Pace 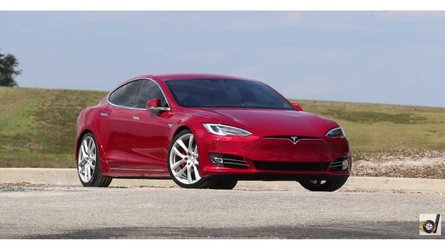 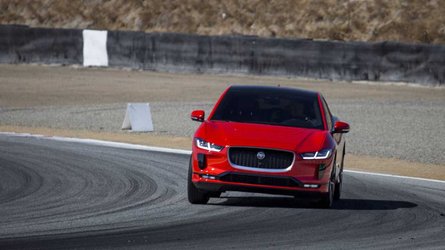 Bjørn performed 2 tests on the cars. One test at 90 km/h (~55.9 mph) and one "hypermiling" test at 42 km/h (~26 mph). His expectations going into the test were that the Model X would outperform the I-Pace under both scenarios but that ended up not being the case.

At the 55 mph test, the I-Pace managed 226 Wh/km (~363 Wh/mile). His Model X achieved 221 Wh/km (~355 Wh/mile). The Tesla certainly performs better than the Jaguar, although not by as much as one might have expected. As speeds increase however, the Model X would likely pull further ahead.

For the slower speed 26 mph test, the Model X performed worse than the I-Pace. This surprised him based on his previous driving experience with the Jaguar and the reports of others on the I-Pace energy consumption.

For this test, the I-Pace energy consumption stood at 145 Wh/km (~233 Wh/mile) against the Model X's 157 Wh/km (252 Wh/mile). Both cars had their HVAC turned off. The I-Pace was set into 'Low Power Mode' and the Model X had 'Range Mode' activated. Both cars were sporting similar winter tires. So at least under these conditions at slower city speeds, the I-Pace comes out on top.

So why did the Tesla not perform as well as expected?

Bjørn has a few theories. Because his Model X is the P90D model, it weighs more than a base level Model X or an I-Pace. Due to the topography of the test featuring lots of up and down hilly driving, the extra weight of the Tesla will have a larger impact on efficiency. The better aerodynamics of the Model X do not play as much of an impact at such low speeds.

Temperatures for the test were also somewhat cold at about 4°C (~39°F). Had the heater been used, the spread would likely have been even larger. Because the I-Pace features a heat pump, it can warm up the cabin more efficiently than the resistant heater featured in the Model X.

However, as the temperature drops even lower over the course of the winter, the heat pump will become less effective and Model X might pull ahead again. Hopefully we get a follow up test from him once winter weather hits Norway in full force.

Check out the video above for all of the details!