Now you see the Alcantara headliner...

Tesla frequently changes up the mix of trims and options in its automobiles, and now it's doing it again. CEO Elon Musk has just tweeted (embedded below) that many of Model S and Model X interior configurations will soon cease to be produced and that the company will stop accepting orders for them after November 1st. As is usual in these cases, he states that this is to "simplify production." The streamlining can also help increase the vehicle's profit margins. The question is, though, which options is he referring to? 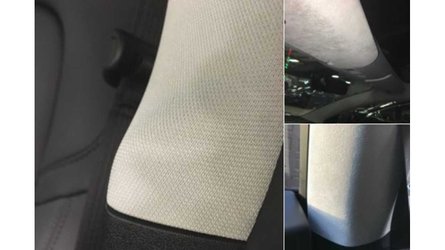 We sent an inquiry to the automaker for further information, and will update this post if we get any specificity. For now, though, we have to assume it has to do with colors and materials. Perhaps headliner material or colors will change, or maybe the seat materials. It could have to do with the type of wood, as well. We do not think the revisions will affect seat layout (Model S has optional seats for the back hatch area for children, while Model X can be ordered with seating for five, six, or seven passengers).

Last June, the California company had offered an interior refresh, so depending on its popularity (or lack thereof), it may be involved.

Musk also tweeted out (embedded below) a reminder that the company does not do its updates according to model year. Unlike every other automaker it makes it upgrades and changes to its option mixes on the fly, giving customers the latest improvements as soon as possible. Of course, this is similar to how it handles its vehicle's software as well, which is being constantly improved.

Basically, though, if you have had your eye on a particular configuration that's available now, you may want to go ahead and make that order.

To simplify production, many Tesla Model S & X interior configs, will no longer be available after Nov 1. Order now to be sure of the one you want.

Get this question a lot, so need to clarify that there’s no such thing as a Tesla “refresh”. Other car companies do this every ~3 years, but Tesla constantly upgrades vehicle hardware every week.