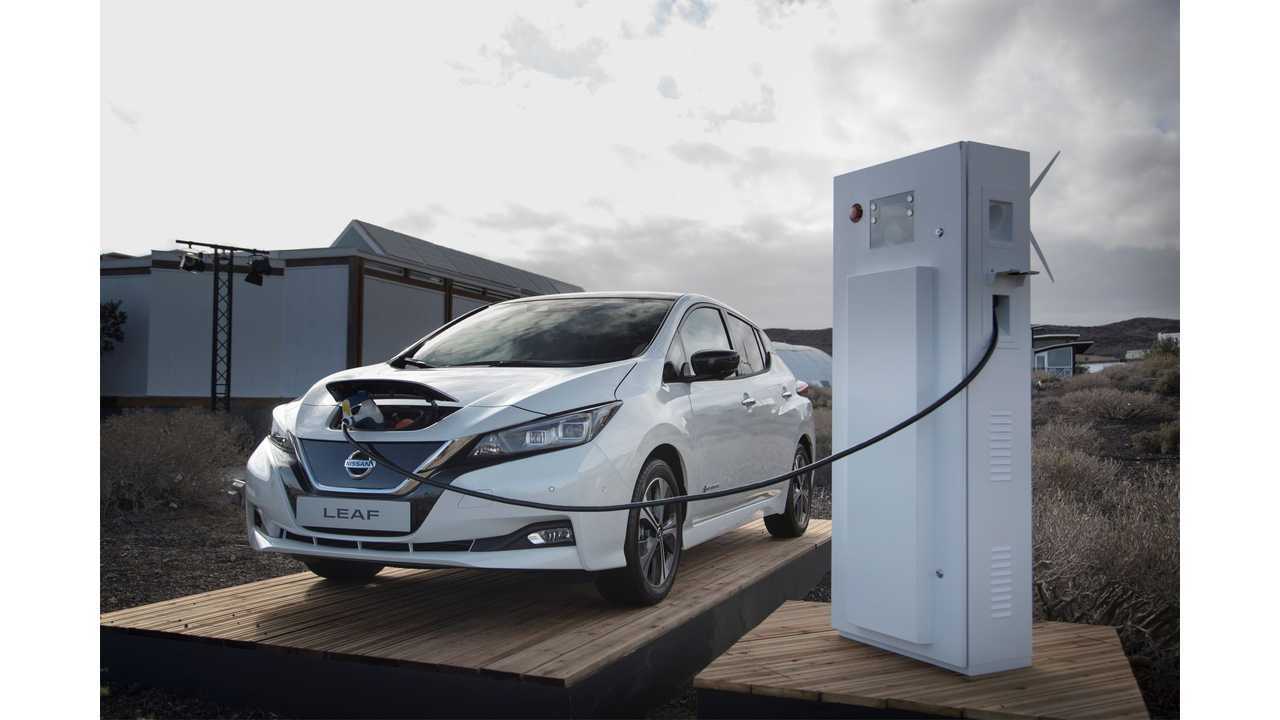 But is there a market for V2G already?

Vehicle-To-Grid (V2G) is the concept that enables bi-directional energy flow between an electric car and the electric grid (or building), which at scale could enable cars to become disposable energy storage systems (while connected) to help the grid at peak demand or emergency situations.

The possibility to use EV's batteries is more tempting as more cars with big batteries hit the roads. For example, 1 million EVs that would (if needed) discharge to the grid just 10 kW through a bi-directional DC charger would provide 10 GW of power in a matter of seconds.

Currently, the V2G concept is tested in various countries in pilot projects. Recently, the Nissan LEAF was approved for V2G in Germany (athe s first car), which suggests that new projects are in the pipeline.

“We strongly believe in an emission-free future Leaf batteries could make an important contribution to energy transition in Germany and a sustainable future.”

Nissan LEAF uses V2G through CHAdeMO charging standard (the concept and bi-directional chargers are shown at the Move360 fairs in Munich). German manufacturers, on the other hand, use CCS Combo charging standard and so far we haven't seen much interest in V2G from them.

The drawback of V2G is that bi-directional chargers are expensive and there are almost none besides those used in pilot projects.