Tesla Making Progress With Its New Gigafactory In Shanghai 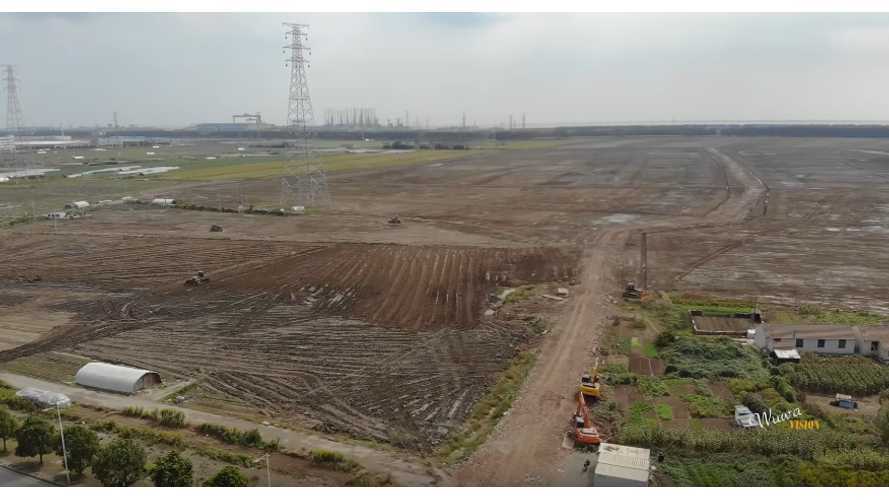 Establishing a manufacturing facility in China could open up an entirely new world for Tesla, allowing it to deliver vehicles to the world’s largest auto market at a fraction of today’s costs.

Above: Tesla is getting closer to opening its own Gigafactory in China (Image: CleanTechnica via Twitter / Vincent)

That game-changing plant, which Tesla has already dubbed Gigafactory 3, is now a step closer to becoming a reality. Tesla recently announced that it has acquired a 210-acre piece of land in the Lingang region of Shanghai for an undisclosed price.

Lingang is located on the coast, about 47 miles from the center of Shanghai. Several automakers with foreign connections have facilities there, and unmarked test vehicles are often seen on the streets.

Above: Land grading started at the new Gigafactory site and reports indicate Tesla has secured a local bank loan to finance the project and begin construction (Source: Electrek / Youtube: 烏瓦)

Earlier this year, Tesla announced a deal with the Shanghai government to build a wholly-owned local factory, and said that it “will take roughly two years” to start producing vehicles, “then another two to three years before the factory is fully ramped up to produce around 500,000 vehicles per year for Chinese customers.” Now the company says it is “on track” with its accelerated construction plan.

On Tesla’s last earnings call, Elon Musk said that Tesla expects to spend about $2 billion to quickly bring Gigafactory 3 to a production rate of about 250,000 vehicles per year before ramping up to full capacity. Funding will mostly come from local debt - investment from Tesla “will not start in any significant way until 2019.”

Producing cars locally in China will dramatically reduce costs. Recent trade tensions between the US and China have resulted in an import tariff of 40% on Tesla vehicles. Earlier this month, Tesla said the increased tariffs are forcing it to accelerate construction on the Shanghai factory.

“Tesla continues to lack access to cash incentives available to locally produced electric vehicles in China that are typically around 15% of MSRP or more,” said Tesla in its Q3 earnings report. “Taking ocean transport costs and import tariffs into account, Tesla is now operating at a 55% to 60% cost disadvantage compared to the exact same car locally produced in China. This makes for a challenging competitive environment, given that China is by far the largest market for electric vehicles. To address this issue, we are accelerating construction of our Shanghai factory, which we expect to be a capital efficient and rapid buildout, using many lessons learned from the Model 3 ramp in North America.”