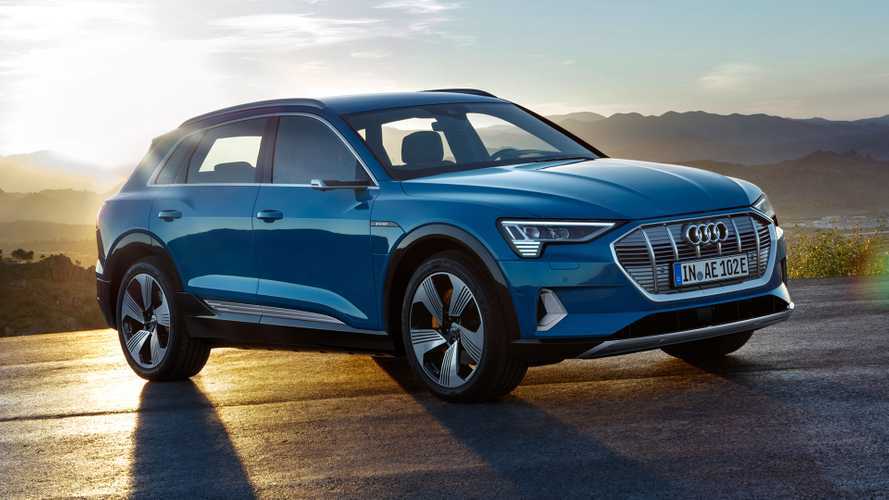 The company wants its EV production to be bigger, faster, and greener.

Audi unveiled its new all-electric E-Tron crossover last month, claiming that its new crossover EV providing about 250 miles of driving range was a breakthrough for the company. “It’s game-changing today,” said Dr. Ulrich Widmann, chief operating officer for technical development, speaking with InsideEVs and a small group of reporters right before the unveiling. “But as you know, technology moves forward year by year. You are never at the end.” The first deliveries of the 2019 E-Tron are expected in Q2 2019.

When asked about the future direction of Audi EVs, Dr. Widmann talked about improvements in battery chemistry. “We will increase energy storage without the size of the battery getting bigger,” he said. At the same time, Dr. Widmann said that Audi is also focused on battery safety, ensuring that the cooling fluid never interacts with the lithium-ion cells, even in a severe accident.

Dr. Widmann acknowledged that Audi’s electric vehicles will be able to accommodate solid-state batteries, which he said should arrive by about 2025. Flexibility is the key. “The Audi E-Tron uses pouch cells, but the architecture also allows for prismatic cells,” he said. “The reason for this is to be technologically independent of worldwide suppliers because some prefer prismatic and others prefer a pouch design.”

Dr. Widmann responded to questions about the overall green-ness of electric vehicles—not only while on the road but based on production. He said that Audi is planning to shift to using 100-percent renewables. “Through 2025, we will change all of our plants to use renewable energy,” he said. That includes the energy used by suppliers to product components. “We are speaking with our suppliers about their energy use, but it will take a little time before we have all the answers. This is a new thing.”

We reported in May that Audi is working on a so-called premium platform electric architecture for the future. Nearly 600 engineers from Audi and 300 from Porsche are working on the project. It seeks to exploit all the advantages of a pure EV to make it scalable for a range of vehicles from sedans to SUVs. Both Audi and Porsche will produce vehicles based on the premium architecture.

“Two big companies with a lot of experience developing cars are coming together,” he said. The goal of the new premium EV architecture is to improve charging times, introduce a new generation of connectivity, and to produce EVs at a faster pace. “All these things are designed so we can realize a lot of Audi vehicles, as well as some sporty versions for Porsche.” The first new models using the premium electric architecture are expected to arrive in less than three years.