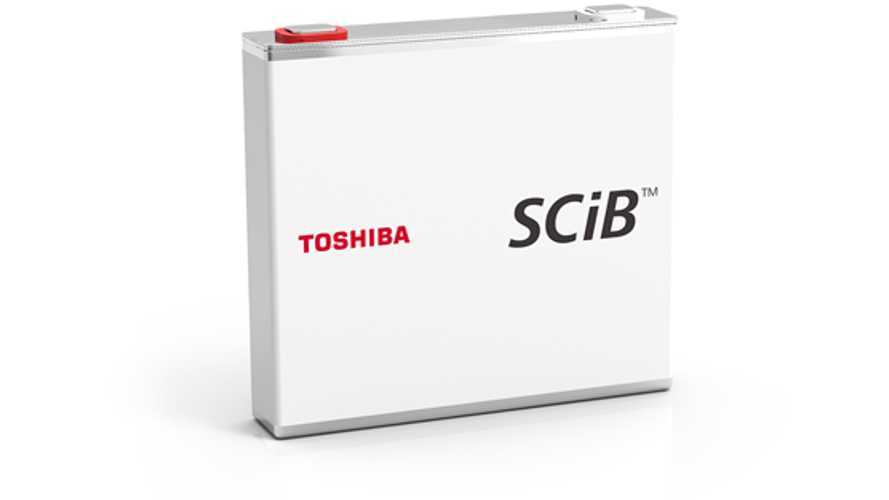 Toshiba SCiB are specific batteries that occupy their own niche.

Toshiba announced that it anticipates strong future demand for SCiB lithium-ion batteries and decided to build a second production facility in Yokohama.

If you were wondering whether or not this means SCiB has a big future in EVs we should cool the enthusiasm, as the investment will be just 16.2 billion yen (about $143 million). That probably doesn't translate to anything above a few GWhs annually, if even that.

Construction will start in July 2019, but operation is two years from now in October 2020.

The SCiB cells are ready for ultra-fast charging in minutes, last for thousands for cycles and operates in a wide range of temperatures, but the drawback is weight (one of the heaviest lithium-ion cells) and probably price.

"The SCiB delivers long life operation, rapid charging, high input and output power and a large effective capacity. It operates across a wide temperature range and is very safe. Since its introduction in 2008, its versatility and reliability have won the battery application in electric and hybrid electric vehicles, the drive systems of railroad cars, and energy storage systems in substations.

Over the past years, Toshiba developed a new titanium niobium oxide – TiNb2O7 (TNO) composite anode, which could enable it to produce better SCiB batteries than the first generation (LTO anode).