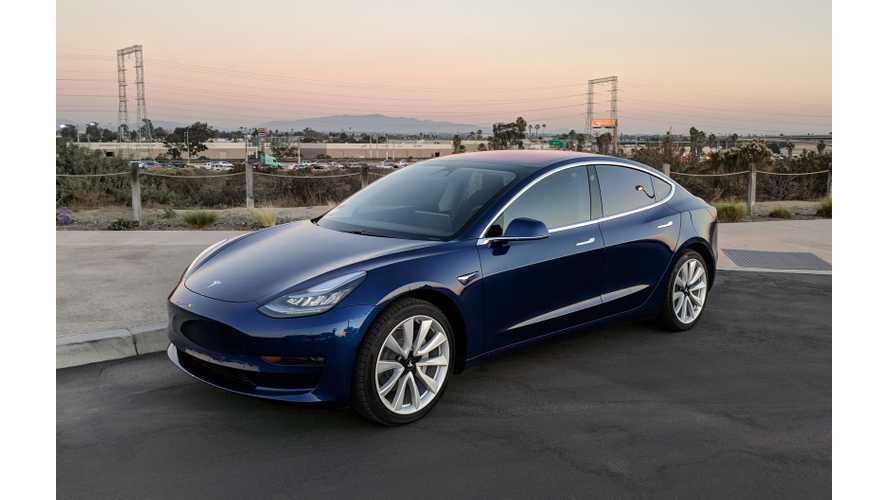 It appears Tesla is preparing to deliver an unprecedented number of electric vehicles in the coming days, but there's more to this story to share.

We've been getting more and more indication that Tesla will be going to great lengths to ramp up vehicle deliveries as the quarter comes to an end. It started with a congratulatory email from CEO Elon Musk to employees, as well as a comment by Elon's brother Kimbal on CNBC's "Closing Bell." This information came as no surprise since Tesla has historically accelerated deliveries at the end of each quarter. However, now, we're talking mostly about the Tesla Model 3, which has been in the midst of "delivery logistics hell," and we're also looking at the potential for Tesla to push to show a profit.

Fast forward to yesterday, and we started receiving tips from various readers reporting Model 3 holding lots clearing out, trucks full of Model 3s seemingly ready to hit the road, and a multitude of people reporting that they are taking delivery in the coming days. The numbers that we're seeing don't tell the whole story yet. We need another week to really get a grasp on the happenings. But, we can tell you that we're discovering delivery numbers that appear to be off the charts in comparison to what we've gleaned in the past.

Now, for what we consider to be potentially huge news.

A trusted source that works at Tesla and requested to remain anonymous contacted InsideEVs with some inside information. Makes sense right? Anyhow, they shared that Tesla Service Center techs are being pulled from their usual duties over the next week or so to help with deliveries. Apparently, Tesla has readied some 7,000 Model 3 vehicles to be delivered just in the San Francisco Bay Area over the course of seven days. We hear that the specific goal is for the automaker to deliver 1,000 Model 3s each day for the last week of the month in the Bay Area alone.

We also received a tip that many of these cars are ready to go and waiting in Richmond, CA at the railyard. We sure wish we would have been aware of this since we were in Richmond just a few days ago at the unveiling of the Audi e-tron. Quite a coincidence for sure. Did Tesla know Audi was holding its massive event in Richmond? Did the automaker hope that attendees would stumble upon the plethora of finished Model 3 sedans? We have no way of knowing any of this for certain, but it's interesting nonetheless.

Wait ... there seems to be even more big news.

In addition to the above reports - and possibly as an accelerated path toward profitability - we were also told that Tesla is prepping thousands of Model S, Model X, and Model 3 vehicles for delivery in China. Not surprisingly, most of the S and X cars appear to be 100Ds, though the Model 3s are primarily single-motor.

The source revealed that these Model S and X vehicles are mostly low-mileage loaners or recent trade-ins from people that have now taken delivery of a Model 3. Reportedly, they have already been sold to Chinese customers. While they may not count as deliveries, it surely looks like a monumental source of additional revenue. Is this an effort by Tesla to double down toward a goal of profitability? Not only is Tesla delivering a ton of Model 3s in the U.S. and some in Canada, but also moving high-priced used S and X vehicles out at the same time. The Tesla employee said that the Model 3 vehicles going to China are to be used as showroom vehicles and/or to train Service Center personnel.

Again, we'd like to reiterate that although our data collection shows trends that tend to correlate well with these happenings, we can't say for sure yet how many vehicles Tesla will deliver this month, nor do we have any indication that the automaker will or will not show a profit. A bit more information leads us to believe that if Tesla doesn't hit profitability this quarter, next quarter could likely be the breaking point. We were told that the same situation is already planned to happen at the end of December, and Service Center employees were made aware that Tesla will need even more help to get cars delivered at that time.

Do you have any inside information about this? Does anyone live near the Richmond, CA railyard who's willing to take a drive over and take pictures and ask questions? What's your Model 3 delivery projection for September? Is profitability truly on the horizon?

Stay tuned in the coming weeks as we report U.S. EV sales. In the meantime, leave us your thoughts in the comment section below.