LA Auto Show Will Be Electrifying: Here's Why 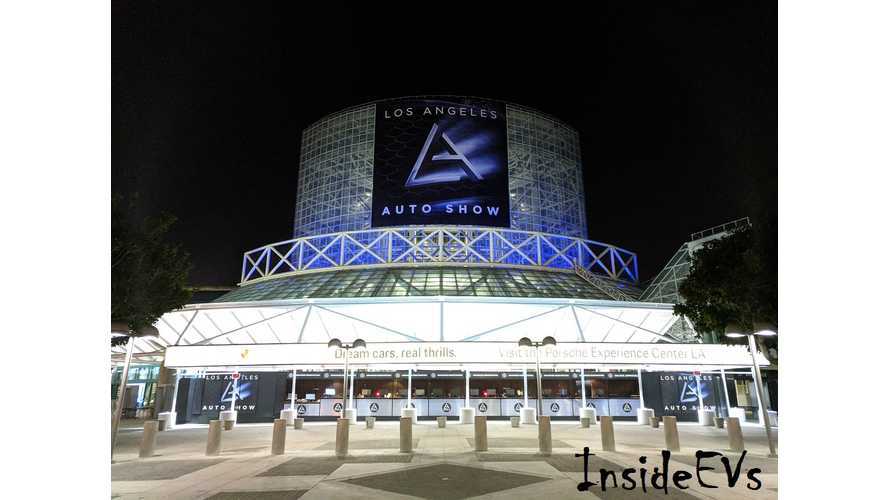 The Los Angeles Auto Show was founded back in 1907, then it slowly became one of the most important automotive events in the calendar. In 2016, the show’s Press & Trade Days merged with the Connected Car Expo (CCE) to become AutoMobility LATM - the industry’s first trade show converging the technology and automotive sectors to launch new products and technologies and to discuss the most pressing issues surrounding the future of transportation and mobility.

In a nutshell, the first part of the show called the Los Angeles Auto Show’s AutoMobility LA, takes place from November 26 - November 29. It's a four-day event where more than 50 vehicles are confirmed to make their debut. After this part, the actual Los Angeles Auto Show (opened to the public), begins on November 30th and lasts up until December 9th - providing the public access to all of the concepts, newly revealed models and technology showcased during the AutoMobility LA.

According to organizers, the nearly one-third of the debuts slated for this year’s AutoMobility LA are electric or alternative fuel. Thanks to the entire automotive industry's shifts toward electric and alternative fuel powertrains, the AutoMobility LA will showcase new technologies to further its commitment to autonomy, connectivity, electrification, and sharing.

“As the nation’s number one green vehicle market, it is fitting that nearly one-third of the debuts slated for this year’s AutoMobility LA are electric or alternative fuel,” said Lisa Kaz, President and CEO of AutoMobility LA and the LA Auto Show. “It is exciting to see how many volume and luxury brands are offering greener mobility options for environmentally-conscious Southern Californians.”

Representing Japan are Subaru and Toyota. The latter is slated to reveal five new vehicles at the show, including hybrid and special edition models. Subaru, on the other hand, is slated to reveal several new models, including a plug-in hybrid. Volkswagen will also be there, cleaning up their name with several both global and North American reveals including an electric concept, as well as GTI and Beetle special editions. We'll also see a few introductions from Porsche, Volvo and Nissan, joined by a full model spread from Tesla. Rivian’s all-new electric adventure pickup and full-sized SUV will make their world premiere at the show as well, providing the newcomer with a worldwide spotlight for their upcoming EV models.

This year's LA Auto Show sounds interesting. However, we were told that more information regarding the show’s vehicle debut lineup will be announced in the coming weeks. If you're in LA during that time, don't miss it. If you're not, our complete coverage of the 2018 Los Angeles Auto Show will give you plenty info & media in order to follow it properly.