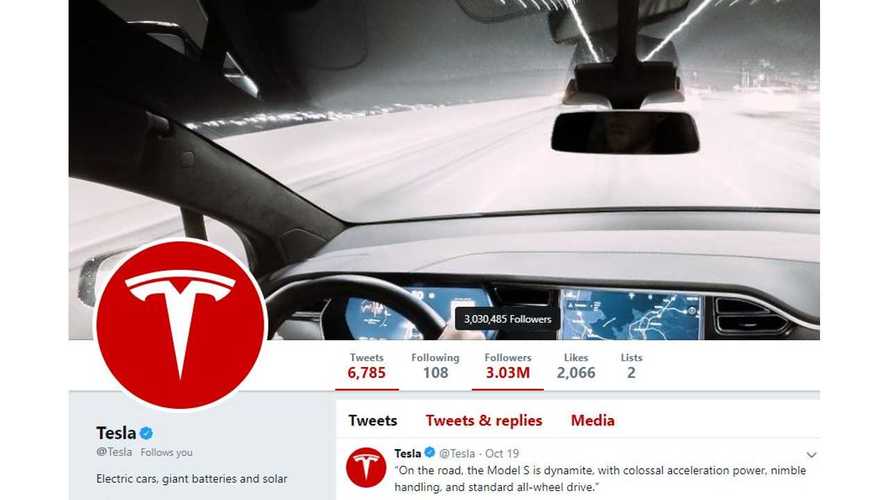 Tesla has just surpassed Mercedes-Benz to become the world's most followed car brand on Twitter.

Though both of the automaker's Twitter pages show 3.03 M followers, if you hover over that number you'll see the actual (non-estimated amount). Tesla's lead is slim, but it's now #1 as of  9:56 AM Eastern time on October 21, 2018.

No doubt much of Tesla's followers are driven by CEO Elon Musk. Let's take a peek at Musk's Twitter followers tally (23,077,304):

The most obvious takeaway here is that if you follow InsideEVs on Twitter (as both Tesla and Musk do) then you'll be among the most followed too. Okay...maybe that's a stretch, but it's worth a try.