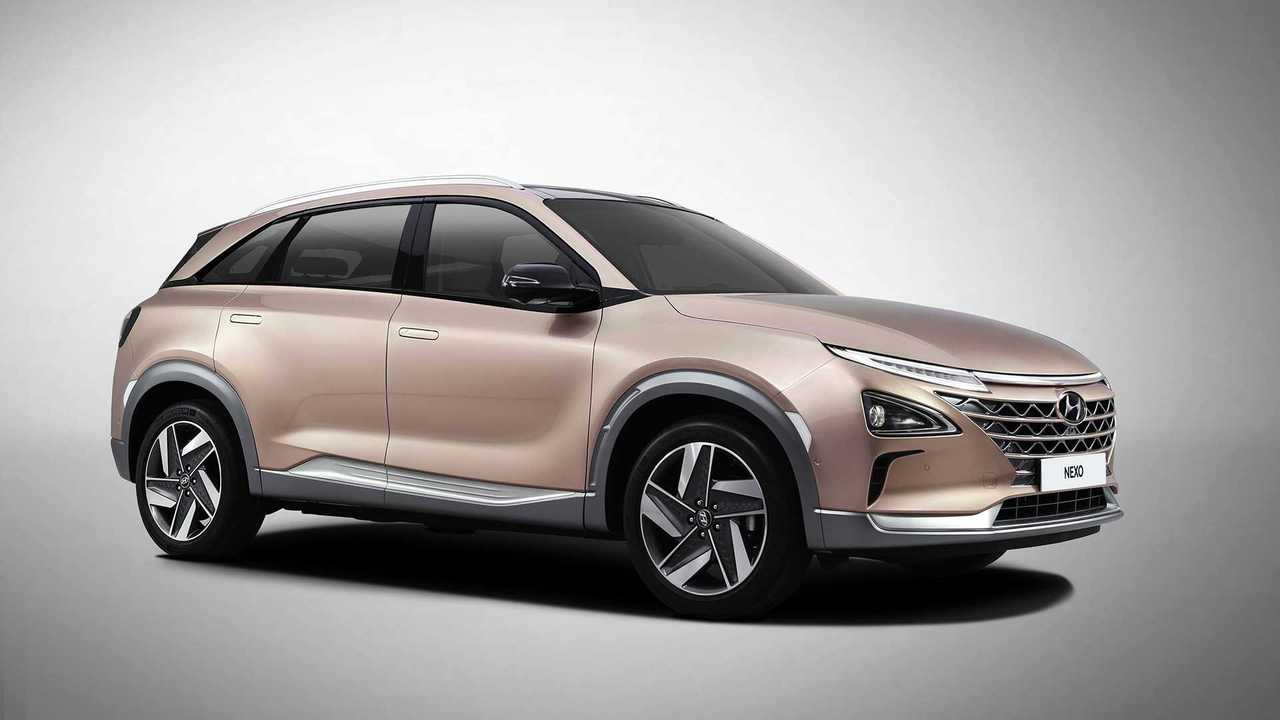 Consider his new term for when a car screams that it’s electric: “Aero Affected.”

Hyundai last year said it will introduce 14 electric cars by 2025. Chris Chapman, senior chief designer at the Hyundai Design Center in Irvine, Calif., has put a lot of thought into how those vehicles will look and feel. We sat down with Chapman last week during a break in our first drive of the Hyundai Kona Electric and the newly designed Nexo fuel-cell car (shown above).

What first grabbed our attention was his use of a term that we hadn’t heard before: Aero Affected. We all know (and are annoyed by) people who are affected. Chapman said the same thing occurs when EVs try too hard to show how they easily slip through the air.

Prior to joining Hyundai as senior chief designer in 2012, Chapman was with the BMW Group at DesignworksUSA. He designed the exterior of the X5 Sport Activity Vehicle – and guided design for the X3 and Z4. Mr. Chapman is also credited with the first-generation BMW 1 Series hatchback.

Given Chapman’s astute observations about EVs, we thought you’d enjoy an edited version of our conversation, in which he captured the feeling of driving an electric car.

InsideEVs: Do you consider the vehicle’s powertrain when you design a car?

Chris Chapman: Not really. The only thing that EVs bring to the equation is the reduction of the things you’re accustomed to with internal combustion engines. You get into an electric car, hit the power button, and nothing really happens. It might light up and say, “I’m ready.” But you don’t have the visceral engagement of an engine starting up.

When you accelerate, there’s no gearing. It’s connected to the bottom of your foot, so you go instantaneously as fast or as slow as you want according to your foot position. It’s the reduction of classic things associated with ICE. It makes an ICE vehicle feel old and outdated.

When you charge the car, you are at home at night. Every morning you wake up with a full charge. But when you have an ICE car, on Monday or Tuesday you’re fine, but maybe by Wednesday you’re down to a quarter of a tank. Even though you could get to work with no hassle, it’s weighing on your mind all day. I have to go fill up before I come home. It’s these small subtle things associated with ICE that are eliminated.

You remove a lot of the hassle of getting from point A to point B. And maybe you actually feel a little energized and rejuvenated.

What are the design implications?

When you’re developing any type of product, there are several groups interacting with one another. For example, the design department is interacting with aerodynamic engineers. For an EV, the aero guys might sit at the head of the table and talk about the targets they need to hit. They are adamant about it because it’s an electric car. But desirable vehicles strike a compromise between design and aerodynamics. One is not more important than the other. You have to draw a line when aero is impacting how the car is being perceived from an aesthetic point of view. You might have to find another way to get a couple of counts down.

It becomes graffiti that pollutes the visual landscape.

You’re saying that you can reduce the drag of coefficient without the car looking like a Prius or how the first-generation Leaf used bulging headlights to move the air.

It’s trying too hard to make it look different. You supersede likeability. You’re saying this car must look different than anything on the road. Period. It becomes graffiti that pollutes the visual landscape. And I would argue that it’s not relevant to it being an EV.

Hyundai is planning a lot of electric vehicles so you must be thinking about your future design language for EVs.

When you start driving these vehicles, there is an effortlessness and a serenity. There's a quiet associated with it. It’s subtle stuff. We’re at the tip of an iceberg and the more people that experience these cars, it will take away the stigma. A year or two ago, everybody was talking about range anxiety. That’s disappearing.

Are you saying that the interior and the cockpit will literally have fewer elements?

Yes. Hidden tech is an emerging concept in design and product development. When you look at a smartphone from the outside, you notice that it’s pretty simple. There are only about three buttons. But the homework and work to make it that simple are incredibly complex and time-consuming. The classic definition of high-tech no longer exists.

We’re entering a high-tech age where all cars...

They are all going to be Electric. By 2025, the majority of all the car companies' offerings worldwide are going to be electric.

What does that mean for car design?

For the exterior, it means something a little bit more aerodynamic. But hopefully not what I call aerodynamic affected. An affectation.

You seem to be as focused on user experience as visual design.

Yes. Again, it’s about quality time. Let’s bring the stress level down and get back to basic human interactions that we all crave, like conversation and thinking.

This is very abstract. I think what people respond to is when a manufacturer messed up with its design so they can say, “That’s so ugly.” Or “That’s hot.” You can't get around that, right?

People are smart enough to see something on the road and recognize whether or not the company was overreaching.