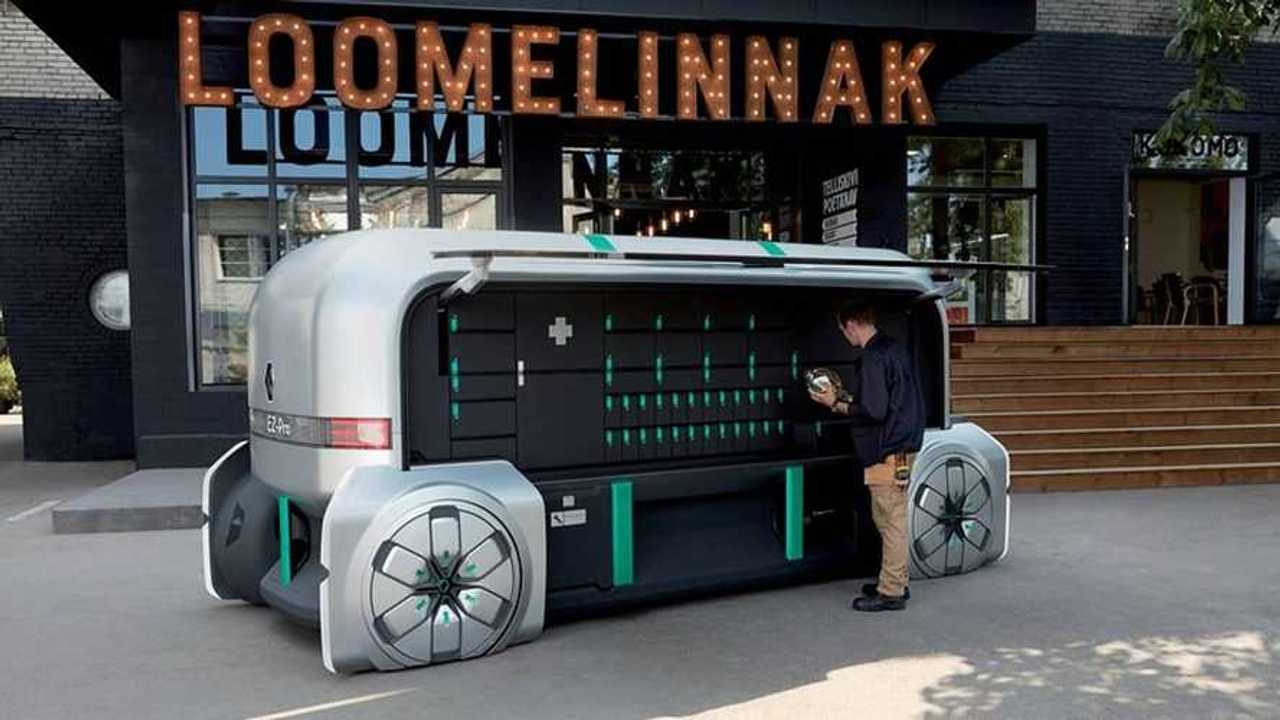 Renault shaped the EZ-Pro to blend into the cityscape rather than stick out.

Renault considers the future of parcel delivery with its new EZ-Pro concept that's an electric, autonomous pod. The company imagines that convoys of these vehicles would travel together autonomously to bring people shipments throughout a city.

The French brand purposely designs the EZ-Pro to look anonymous and blend into a city so that people don't really notice it working. They are simple, rectangular pods with curved edges. Renault imagines two types of these vehicles. The one in the lead would have a person onboard for making deliveries of fragile or important items by hand. This occupant could also take control via a joystick if necessary. The other EZ-Pros would be full of lockers for storing parcels, and the recipients could unlock them with a smartphone.

Renault believes that one of the advantages of using an autonomous pod for parcel deliveries is that the recipient could decide exactly when and where the delivery arrives. If there's an important package you're waiting for but worried about sitting at the door, a person could request the item to come to their job or after he or she is home from work. People can even track the location of their goods in real time.

The French brand estimates that having a fleet of EZ-Pros on the road would reduce traffic congestion by putting fewer vehicles on the road. Their autonomous tech would connect to a city's infrastructure, including knowing the status of traffic lights, to adjust their driving to smooth out the traffic flow.

The EZ-Pro is only a concept, and it's not clear if Renault actually intends to put a vehicle like this into production. The vehicle is a natural follow-up to the earlier EZ-Go concept that is an autonomous, electric car for future ridesharing programs.