There's Some Secret Tech Lurking In The Tesla Model 3 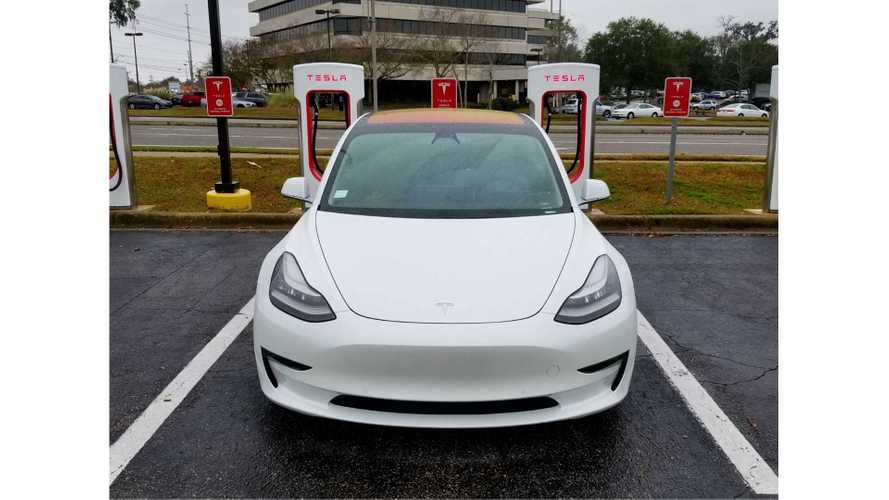 There's a lot of innovation in the Tesla Model 3. There's the unique permanent magnet switched reluctance (PMSR) rear motor; the integration of the controls into a single center screen. Even the vents in the car's HVAC system are a completely new design. Now, we've learned more details about other parts of the vehicle that have, quietly, undergone sophisticated development. They're mostly associated with the chassis and suspension.

10 Hardest Things To Adjust To In A Tesla Model 3

These new technical details were discovered by the team at Autocar who spoke to a number of Tesla engineers. They start with the tires, which, we're told, the automaker spent three years working with tire manufacturers to develop. Besides being filled with sound-dampening foam, the rubber in the tread is formulated to have low-rolling resistance, yet offer good grip for a heavy vehicle with a lower-than-normal center of gravity. They also need to be able to deal with the extreme conditions of spinning at 155 miles per hour. If this sounds obsessive, read on.

The suspension, front and rear, is particularly interesting. The rear suspension, with five separate linkages and a damper, offers the wheels out back "six degrees of freedom," says Autocar.   We're told it is similar to a double wishbone setup, but the links have a split, which allows them to offer improved control using the feedback from the tires.

The front suspension, besides doing the typical duty of allowing the front wheels to flex up and down and turn, have an element of crash safety built in. In the case of a front-end collision, "...the front two steering links are designed to break so that the front wheel rotates around the third link, pushing the car away from impact." Likewise, the mounts for the front motor (on Dual Motor variants, natch) are designed to pivot backward into an empty space in the case of an accident.

Interesting also are the choices made for the braking system. Tesla eschewed a cheaper option and went with four-pot brake calipers, but it didn't stop there. To keep mechanical friction to a minimum, it engineered the piston seals to "... fully retract the brake pads after braking..." Typically, brake pads are allowed to float a bit, and lightly contact the rotors which keeps them free of surface rust. To accomplish that task, the automaker developed unspecified "new anti-corrosion techniques."

Finally, Autocar wraps up its look at the unseen innovation by informing us about the car's vertical frequency. Now, this is something probably no one, outside of vehicle dynamics engineers, gives much thought to, but apparently Tesla used NASA data to target the frequency that would keep drivers feeling comfortable. While not saying what value it targeted —it does say autos typically range from 1.0 to 3.0 Hertz — the Model 3 is tuned to have a vertical frequency  "...equivalent of a brisk walk or a slow run," that helps the car keep a sporty feel, but still keep occupants comfortable. Neat-o!