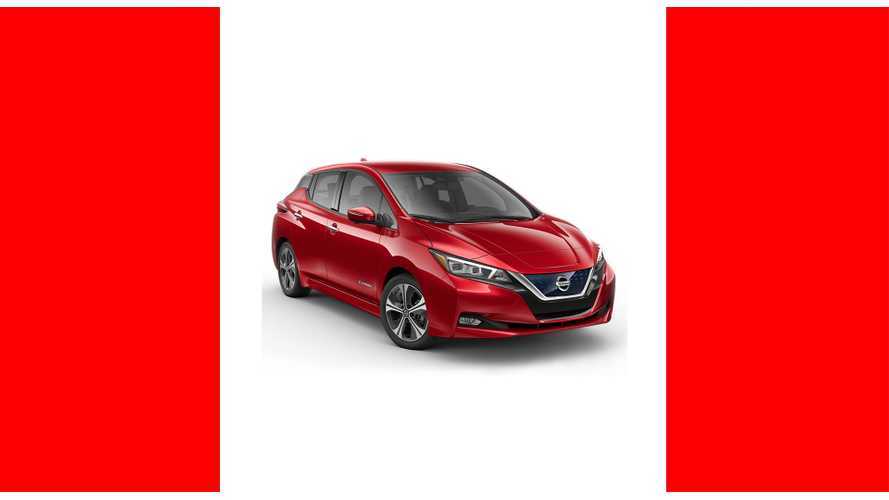 So, what's this all aboot?

Right now, uncounted toque-wearing Canadians are staring despondently into their double-double Timmies (that's coffee with lots of cream and sugar from the Tim Hortons coffee and donut chain) wondering when they'll ever be able to buy an electric vehicle. You see, folks in the Great White North like electric cars, but demand is so strong would-be buyers are sitting on waiting lists instead of behind steering wheels of electric vehicles.

The Canadian Broadcasting Corporation (CBC) reports that, according to a study by Clean Energy Canada appropriately titled "Batteries Not Included," some would-be buyers in the Western-most Province of British Colombia are facing wait times as long as 18 months for electric vehicles. In fact, as many as 60 percent of dealers there don't have a single EV on their lots. The problem seems to be more exacerbated the further north you go.

We've seen some of this problem highlighted on the InsideEVs Forum. One very popular thread focuses on Canadians waiting for their Clarity Plug-In Hybrid to become available. The demand is also reflected there by another thread full of folks who have pre-ordered the Hyundai Kona Electric.

The demand for electric vehicles north of the border is understandable. Despite the longer distances Canadians might drive and the deleterious effect of cold weather on range, gas prices in the Provinces are higher there than in the U.S., and many come across the border regularly to fill up their tanks. Some Provinces also have incentive programs which has helped fuel demand.

To help convince automakers to send more EVs their way, the B.C. government is considering joining Quebec in adopting a California-like program that would require them to sell a minimum amount of electric vehicles. Proposed sales targets for EVs are 5 percent by 2020, 10 percent by 2025, and 30 percent by 2030.

That should, eventually, help the nearly half of the population who, a couple years ago, said they would consider going electric for their next vehicle purchase.