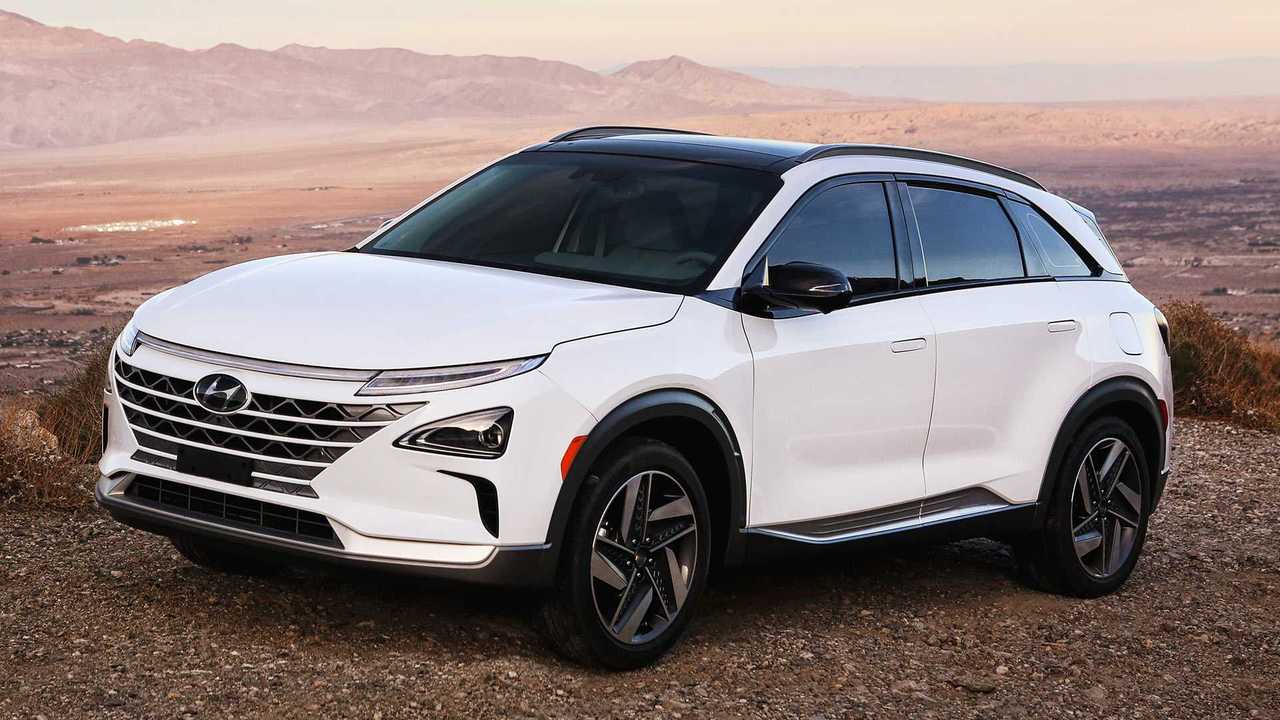 Are hydrogen cars a pipe dream? Hyundai says no.

Last week we took our first spin the 258-mile Hyundai Kona Electric. But that wasn’t the only Hyundai electric vehicle we drove. We also spent an hour or so on the road with the Hyundai Nexo fuel-cell electric car. I can already hear the loud, collective groan from EV fans wondering why Hyundai continues to bother with hydrogen. So we put that question to Hyundai folks.

Before we get to their answer, I should mention that – if you put aside the broader, real concerns about EV versus hydrogen technology and infrastructure – the Nexo was the nicer of the two vehicles. The Nexo is a muscular, efficient small crossover with sharp lines, a striking floating canopy, and a high-tech but accessible cockpit. The Nexo was noticeably quieter and more refined than the Kona Electric.

So why power the Nexo or any vehicle with hydrogen? Dr. Bo Ki Hong, a Hyundai fuel-cell research fellow, in his technical presentation, argued that a hydrogen power plant is better suited for larger, longer-range vehicles while battery-powered EVs are a better match for smaller, shorter-range cars. The Nexo has 380 miles of driving range and can be refueled in about five minutes. Dr. Bo said there will be 59 hydrogen stations in operation in California by the end of 2019.

The Hyundai Nexo at a hydrogen-fueling station

I asked Mike O’Brien, Hyundai’s vice-president of product planning, to elaborate on the question of vehicle size and electric powertrains. “A battery-electric vehicle is good for any personal vehicle the size of the Kona, a midsize sedan, or smaller,” he said. “But it becomes an issue when you get past a full-size SUV or full-size pickup.” He argued that Class 8 trucks, like the Tesla Semi, can carry up to 80,000 pounds. “When you think about the volume and weight of batteries, it’s quite immense,” O’Brien said. But with a liquid fuel or hydrogen, there is no engineering limitation regarding the volume it takes to deliver an adequate amount of energy for a Class 8 truck.

“There’s no doubt that battery technology is advancing,” said O’Brien. “But we know today and from back-of-napkin calculations, that hydrogen has higher capabilities for the foreseeable future.” He said that hydrogen is scalable for any type of vehicle, including buses and trains. Keep in mind that Hyundai also manufacturers commercial vehicles.

Gil Castillo, senior group manager for alternative vehicle strategy for Hyundai, rode with us in the Hyundai Nexo. He echoed O’Brien’s point. “As batteries get better, they make sense for small and medium cars and eventually slightly bigger cars,” said Castillo. “But at some point, especially when you get into heavy-duty vehicles, batteries run into limitations.” He said that the cost, size, and energy curves for both batteries and fuel cells are always changing, so it makes sense to consider both technologies for the full range of vehicles in use.

“It takes dedication from a high corporate level to say that we need to develop both technologies,” said Castillo. “It's a wise play considering that everything is still in flux.”

Castillo explained that the Nexo fuel-cell SUV and the Kona battery-powered crossover are both electric vehicles. And they share many of the same power electronics. “It takes resources to develop both technologies, but it's not a zero-sum game,” he said. “The things you develop for one are used in the other one.”

You can serve the majority of consumers with an EV but not 100 percent of them.

Castillo said that consumers buy a lot of full-size SUVs and pickups in the United States. “You can serve the majority of consumers with an EV but not 100 percent of them,” said Castillo. He said that many people who live in multi-family dwellings don’t have access to charging. “We have to develop battery technology because it’s going to play a major role,” he said. “I think fuel cell will not play the major role, but it will be complementary. The goal is to fill the whole spectrum across the entire transportation ecosystem.”