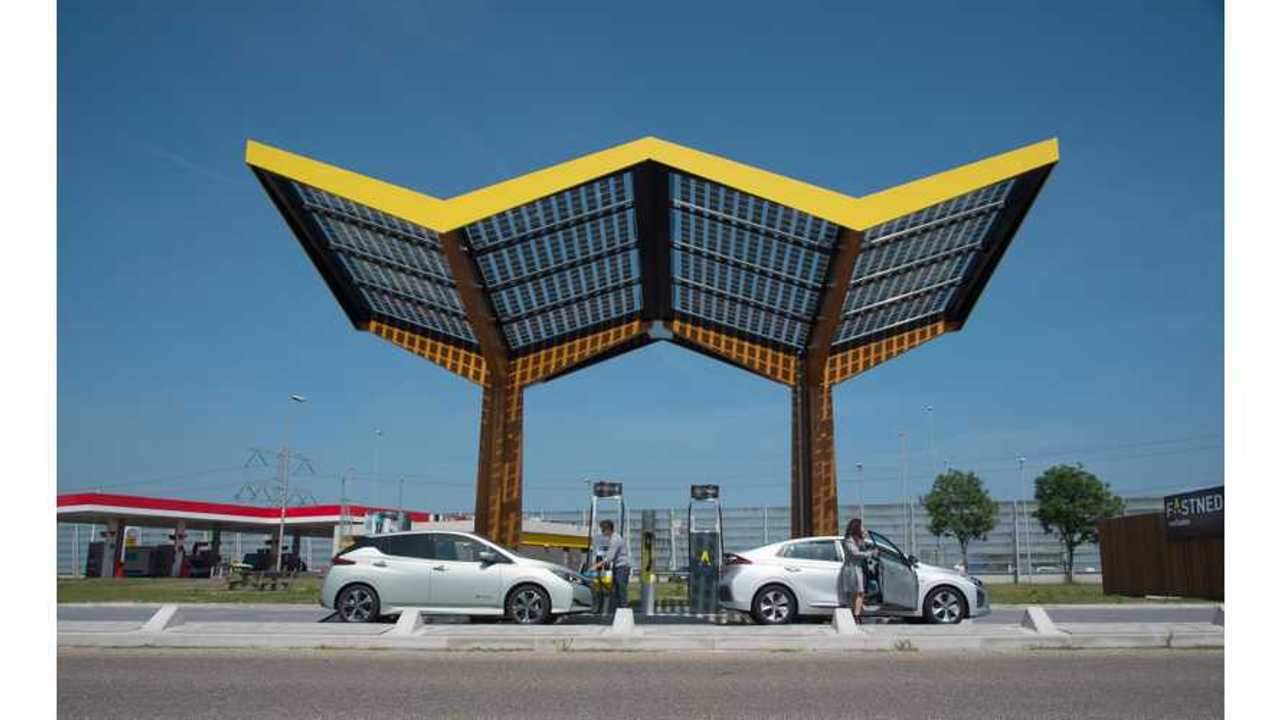 Fastned tripled its revenues during Q3

Good news coming from the Netherlands where Fastned reports a very high growth rate of its business. The company was even able to achieve network-wide operational break even.

"In September, the network as a whole surpassed break even on an operational level. All operational costs associated with its stations were covered by revenues."

During the third quarter of 2018, Fastned reports:

In total, Fastned operates 77 fast charging stations. Another 15 stations are under construction in Germany.

14 stations are equipped with total 18 next-generation 175 kW fast chargers (with an option to increase output to 350 kW in the future).

Monthly charge sessions surpassed 21,000 in September and the network attracted many new or not yet released EVs:

"We see increasing activity of faster charging cars (Jaguar I-pace, Hyundai KONA) at our stations. Car manufacturers are also successfully testing their upcoming cars on our network (Audi e-tron, Porsche Taycan, Daimler e-truck). We are now very confident that big improvements in charge speed and battery size will happen in the coming year."

The next step is to raise more funds for further expansion of the network:

"To finance further growth Fastned started the issue of a new bonds series today. As in previous rounds the bonds have a maturity of 5 years and pay out 6% interest per annum. Fastned plans to use the proceeds to drive its revenue growth and expand our network of fast charging stations, contributing to its profitability. "