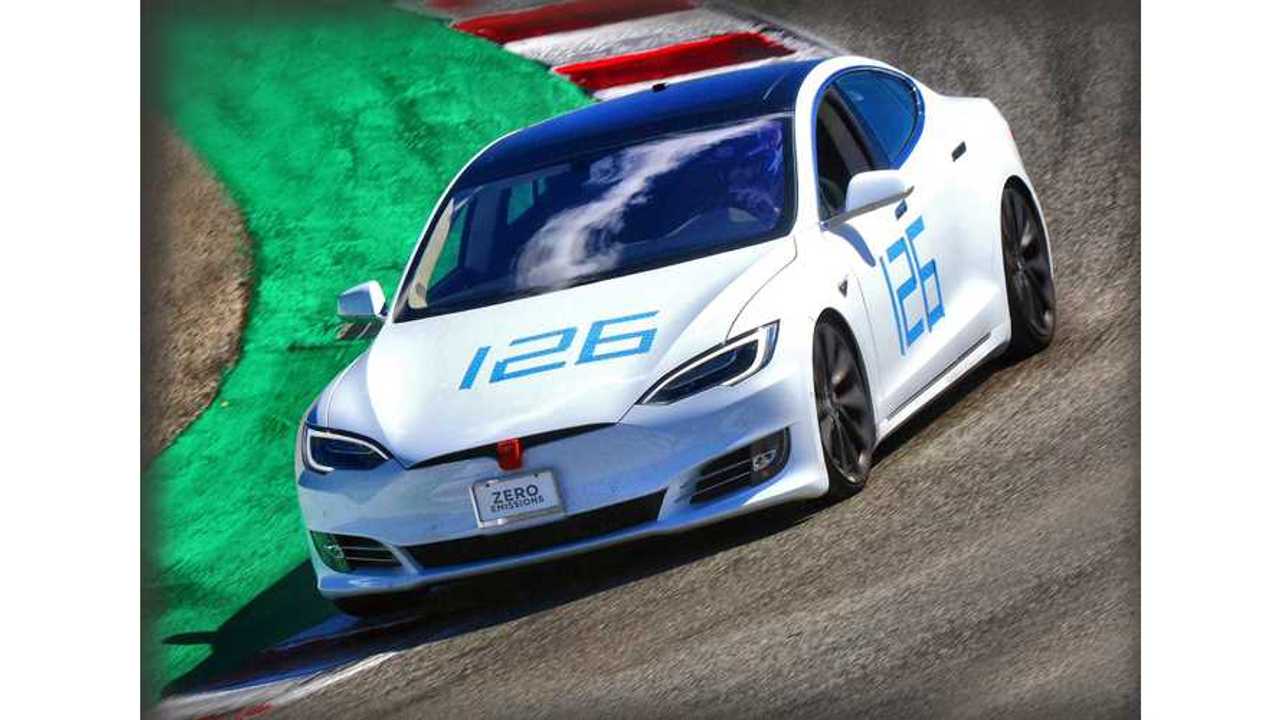 Breaks the Jaguar I-Pace record that never really was.

Records, like rules, are made to be broken, and now it appears a Tesla Model S has done just that. The deed — a full lap in 1:43.06 — was apparently done at Laguna Seca (now officially known as WeatherTech Raceway Laguna Seca) just outside of Monterey, California over the weekend. Word of the feat comes to us from a tweet by Emile Bouret (embedded below), a professional driver who does testing and other wheel work for the California automaker. At the Roadster reveal, he was the man giving the catapult-like test rides.

The accomplishment has shed light on a previous claim of record-setting by the Randy Pobst in the Jaguar I-Pace, that wasn't really a record at all. And that's not even the oddest thing about this entire situation. Let's look at the sequence of events.

In August, Jaguar partnered with Motor Trend, and with Pobst as pilot, recorded a time of 1:48.18 around the iconic circuit in the I-Pace. It was a great performance by the electric crossover and press releases were sent out. Problem is, a Tesla Model S put down a 01:47.621 lap on the 1st of July during this year's edition of the annual Refuel event.

The kicker? The driver who achieved the July result was one David Lickfold who, according to his LinkedIn page, is an engineering manager at Lucid Motors involved with chassis and vehicle dynamics.  Wild, right? Here, it is appropriate to note that his employer set their own record of 1:41.67 earlier this month in a prototype of their Air model. Interestingly, the driver for that time is only given as "Lucid Chassis & Vehicle Dynamics engineer" in the official press release, but the accompanying photo seemingly confirms that it was also Lickfold.

In any case, it would seem that the production record is now held by what is said to be a "completely stock Model S P100D." The only question remaining is how, exactly, it was achieved. While we recognize Bouret is a skilled driver, he is probably not the only factor that led to such a huge difference in lap times. Tesla continuously improves their vehicles instead of issuing distinct model years and they don't always trumpet those changes, so we suspect more recent builds may have had some improvements to their software and/or hardware. We've asked the company for information that might shed light on this accomplishment and will update this post when we hear back.

Working with the development engineering team at Tesla during a track day at Laguna Seca, by happenstance, we managed to complete a lap in 1:43.06 with a completely stock Model S P100D, breaking the overall production EV lap record by 5.12 seconds. Happy happenstance, I’d say ? pic.twitter.com/BrYkNiS9Fx