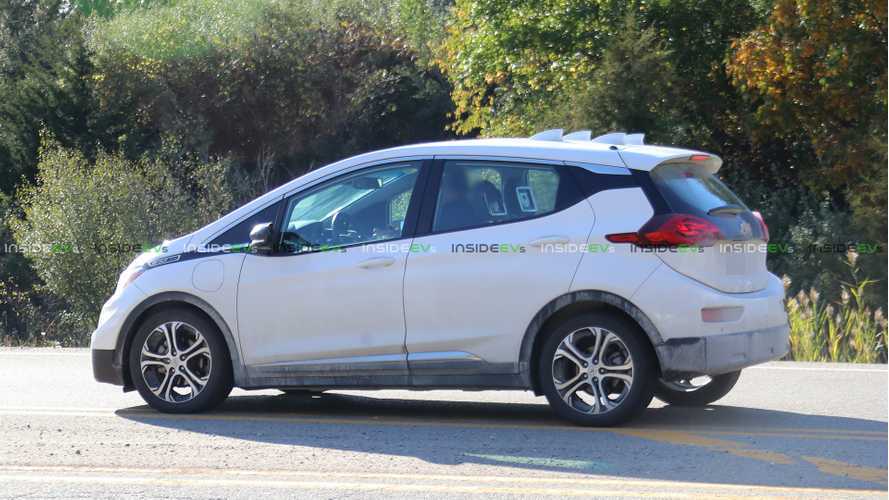 It appears that GM and Cruise are moving forward with a production-level autonomous Chevrolet Bolt EV.

Back in March of 2016, General Motors took a huge leap and acquired 40-employee, autonomous vehicle startup Cruise Automation for some ~$600-700 million. Since then, it has been no secret that the joint effort was slated to become one of the leaders in the space. In addition, we've been made well aware that Chevrolet and Cruise are taking their time with development and production efforts for the self-driving Chevrolet Bolt EV to assure that they get everything up to par. Now, we may be seeing some substantial progress.

If you've followed the stories in the past, it was clear that the self-driving Chevrolet Bolt EVs were in the early stages of development. This is not to say that the technology was behind -- in fact, it has seemed far ahead of others -- but instead, the cargo area was full of bulky computers and equipment and the cars were outfitted with large LIDAR systems on the roof, exposed cameras, and radar on the side mirrors.

While this situation may have been okay for some applications or perhaps even certain fleet vehicles, we'd hoped that there would be an autonomous Bolt EV at some point that did away with the excess baggage. Well, recent spy shots prove that this is truly becoming a reality.

Check out the self-driving Chevrolet Bolt EV sans obtrusive LIDAR. It also doesn't have the radars on the mirrors or any obvious cameras. Moreover, GM Authority notes that the driver is clearly using his phone with both hands and not touching the steering wheel at all.

Let us know about your further observations and thoughts in the comment section below.

A Previous Look At The Self-Driving Chevrolet Bolt EV