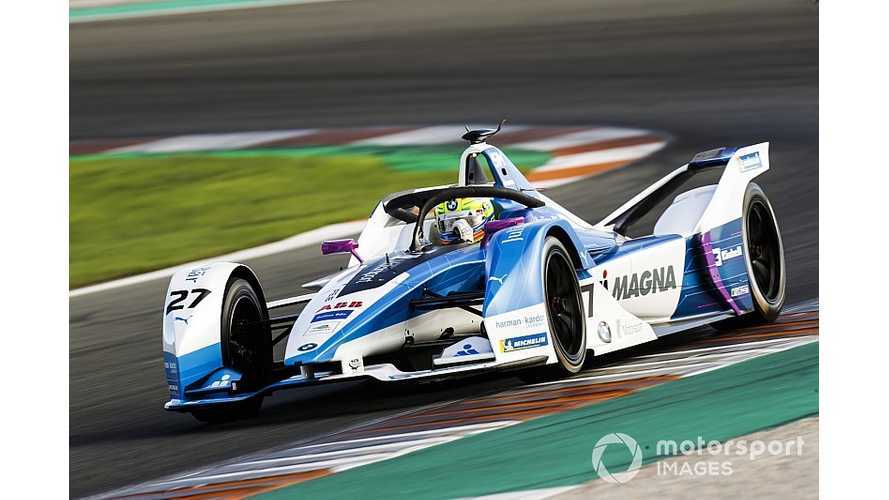 Sims, who will make his FE debut in the upcoming campaign, also topped the morning session at the Circuit Ricardo Tormo with a time of 1m17.567s.

But towards the end of the afternoon running, Sims moved back to the top of the overall timesheets with a 1m17.553s, as the majority of the drivers improved their best times in the second half of the day.

Antonio Felix da Costa finished the day in the third place after ending the morning session as the second-fastest driver behind his BMW teammate by 0.167s.

Jerome D’Ambrosio, only announced as a Mahindra Racing driver on Tuesday morning, was sixth for his new squad, one spot ahead of reigning FE champion Jean-Eric Vergne, who was one of only three drivers that drove in both sessions not to go quicker in the afternoon.

Jose Maria Lopez was ninth for Dragon Racing, with FE newcomer Felipe Massa rounding out the top 10 for Venturi.

Mitch Evans, like his Jaguar teammate Nelson Piquet Jr, also set his fastest time of the day in the morning session – and they ended up 16th and 20th fastest overall, with the latter completing a mammoth 27-lap stint just before the lunchbreak.

Evans also lost a significant chunk of his morning running due to a battery change.

Newly-crowned DTM champion and HWA driver Gary Paffett caused the first of two red flags of the day when he slid into the tight chicane that has been built three-quarters of the way down the start/finish straight to simulate the tighter confines of regular FE circuits.

The crash occurred with just over an hour of the morning session remaining, with Paffett rejoining in the afternoon after his car had been repaired to set the day’s 18th quickest time.

Paffett’s HWA teammate Stoffel Vandoorne was 19th fastest, 3.47s slower than Sims, but did not complete a lap in the afternoon session.

Maximilian Gunther was the slowest driver to set a timed lap, with Albon and Antonio Fuoco, who is sharing the #6 Dragon Racing car with Gunther this week, not setting a time all day.

The brief second red flag period occurred mid-way through the afternoon running to secure a loose part of the chicane tyre wall.