See Lot Full Of Audi e-tron SUVs Outside Of Factory 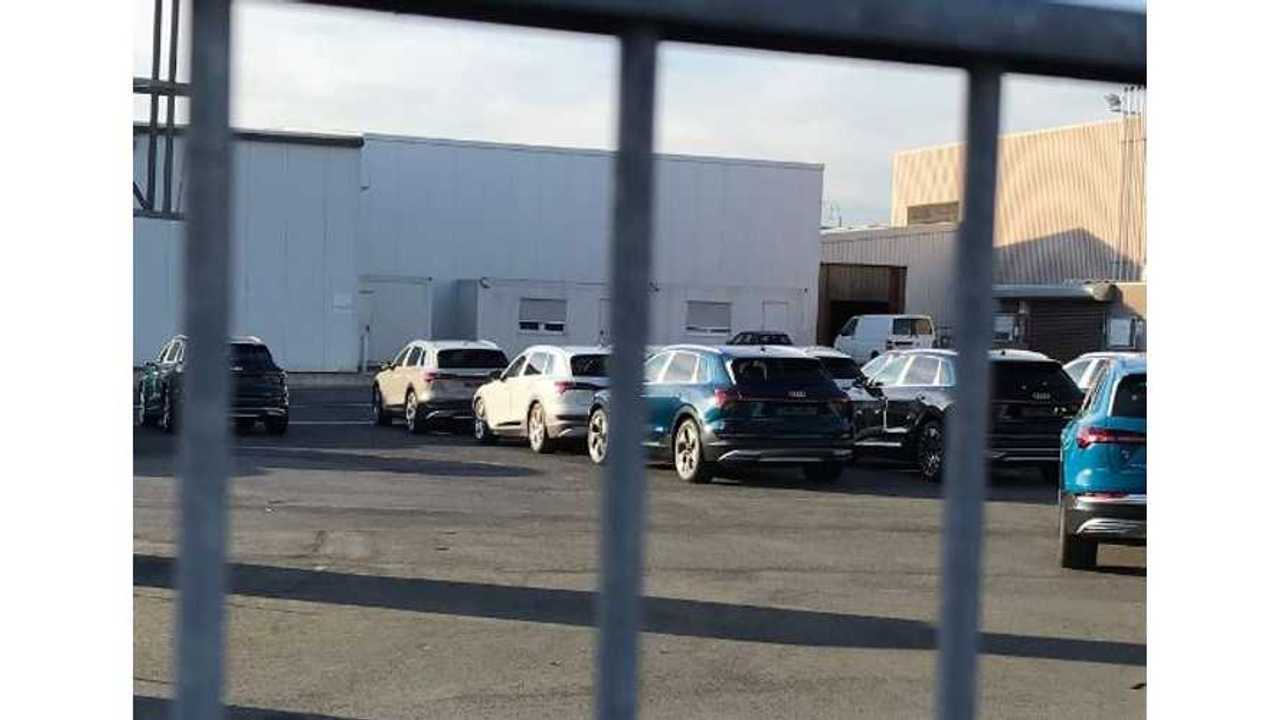 We get a first glimpse of Audi e-tron electric SUVs parked outside the factory.

InsideEVs' reader and supporter Ashot Hovhannisyan reached out to us via email with some exclusive shots at the Audi Brussels factory in Belgium. He was able to snap some photos of a number of Audi e-tron vehicles at the factory. In addition, he is waiting for them to start factory tours so that he can attend and keep us informed.

The Audi Brussels plant is slated to become the automaker's core for its current and future electrification efforts. According to Jan Maris, Production Manager at Audi Brussels:

Audi provides the mobility of the future, and the Brussels factory plays a key role. One of the things that is completely new in the Audi e-tron is that the battery is fully integrated into the load-bearing structure of the vehicle’s floor. This means taking a lot of safety precautions during construction, and exercising a level of precision in battery assembly which is itself setting new standards.

If Ashot is able to get us more definitive shots or information about his factory tour, we'll share in the future.

Below is a gallery of the images of the Audi e-tron he has secured to date: