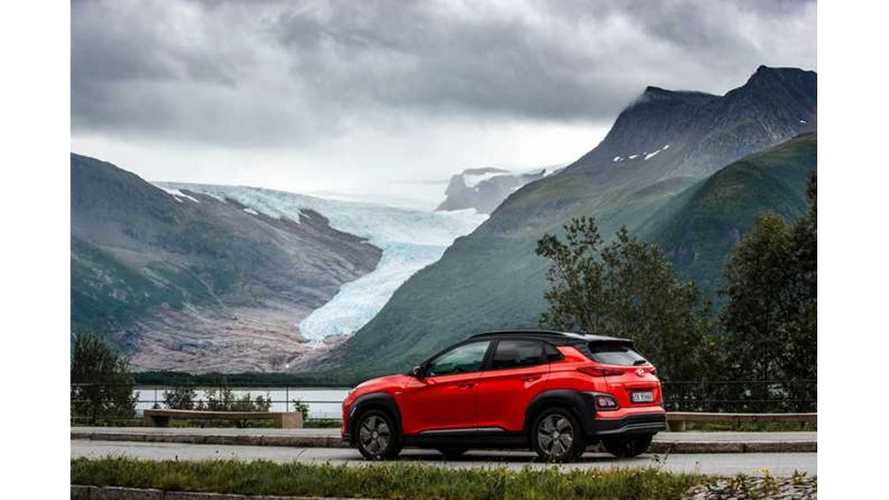 Reportedly, there are over 30,000 electric vehicles pre-ordered in Norway

For many, Norway is the beacon of early electric vehicle adoption. Simply put, no other country - relatively to their population numbers - is pushing so many EVs on the roads today. However, Norway is doing it with a rather short list of actual EV models currently on sale in this Scandinavian country. But, it seems that automakers are catching up to the high success rate of electric vehicles, offering their up and coming EV models through preordering for the Norwegian customers. And that tactic is reaping benefits.

Right now, Norway reportedly has over 30,000 vehicles on pre-orders. Even though the preordering system was popularized by Tesla, almost every other car maker offering EVs is catching up to it. Even the legacy carmakers are joining in on the fun, allowing Norwegians to preorder their eco-friendly machines. Furthermore, the successful introduction of EVs in Norway pushed some - like Mercedes, Audi, and Jaguar - to actually allow customers in Norway to preorder their first EV models first.

In turn, this made Norway’s NRK try and tally all those reservations. NRK is the Norwegian government-owned radio and television public broadcasting company, and the largest media organization in the country. And their findings are rather interesting: the Tesla Model 3 (well, that's not that surprising) and the Audi e-tron are leading Norway's pre-order charts (broken down by monetary value of pre-orders):

Additionally, NRK got official numbers from most automakers, aside from Tesla. here's the breakdown: