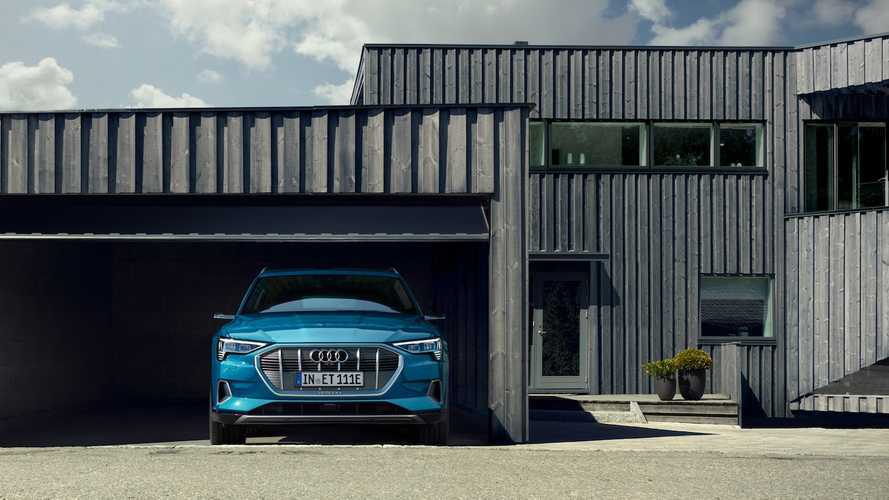 You won't mistake the E-tron for anything other than an Audi.

With the advent of the Audi e-tron, the German carmaker finally ventured into the world of electric cars in a significant way. Surely, the Audi A3 e-tron was one of the first wades into the electric vehicle waters, but overall, this will be a true test of how well Audi's battery powered models perform on the market. After all, Audi customers - alongside other, legacy carmakers - tend to be more brand attached than any other.

More about the Audi e-tron

When AutoCar decided to give the Audi e-tron a test drive, we didn't know what to expect. After all, a major automotive publication, testing a first for a carmaker, it could have gone both ways. However, it seems that the crew at AutoCar like the Audi e-tron. And seemingly so, the sheer battery powered performance takes a back seat to the car being - an Audi. And for most customers, that's a rather good thing.

It takes a substantial stretch of the imagination to mistake the E-tron for anything other than an Audi, even when looking at a multi-coloured pre-production prototype like the one I drove in Namibia. It’s not a Xerox copy of another SUV in the company’s portfolio – styling cues such as a lighter-coloured grille help it forge its own identity – but it falls perfectly in line with Audi’s current design language. Sharp headlights? Check. An octagonal grille with a chromed frame? Check. Elongated rear lights connected by a light bar? Check and check.

While some other vehicles that are direct competitors to the e-tron (the Jaguar I-pace, for example) have been purposely designed to look nothing but a futuristic, electric powered vehicle, the e-tron keeps the well-known Audi language. Furthermore, even the interior screams Audi and shares it's components and digital display gauges with the likes of the Audi Q8. Overall favorable, the review from AutoCar is one that brings most positive and negative aspects to the spotlight. If you're a potential battery-powered, luxury SUV (Sports Activity Vehicle) customer, the AutoCar review is something you need to read.