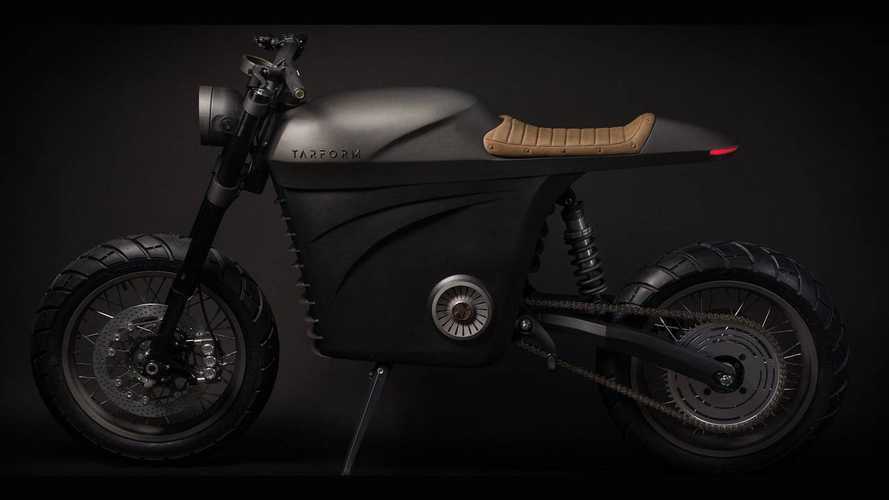 We’re getting really cool electric motorcycles designs—companies kind of have to stand out from an increasingly crowded market of startups who want to make the world a little better and need our money to do it. American company Tarform Motorcycles is the latest addition to the local e-builders family and the product it offers seems to have what it takes to take its share of the electric pie.

The model doesn’t have a name in the proper sense of the word—unless you want to consider “Tarform Production Unit” to be it. The company unveiled its first model in New York: a combination of modern technologies with a vintage, almost steampunk-looking design. The bike frame rests on what could probably be described as a massive engine cylinder-shaped battery block, complete with what looks like an arc reactor-esque logo on the side.

The silhouette is reminiscent of a café racer with a flat, stitched saddle and pillion cover. The retro elements are combined with more modern ones, such as the hexagonal handlebar and copper-colored gauge, as well as 3D-printed side panels.

The “Production Unit” is powered by a battery pack rated at an average of 75 miles combined range city-highway and gets a full charge within 4 hours (or 2h50 for 80 percent if you don’t have the extra hour to get to 100). Power is sent to the back wheel using a standard, exposed chain. Technology-wise, the model also integrates a certain level of artificial intelligence. For instance, the system will provide information on the bike’s status and raise a flag when maintenance is required and it will keep the rider informed of the presence of vehicles around him.

The bike is available for pre-orders with production scheduled to being in June 2019. Future owners will also be able to customize their Tarform unit, including swapping the original battery pack for a bigger one.