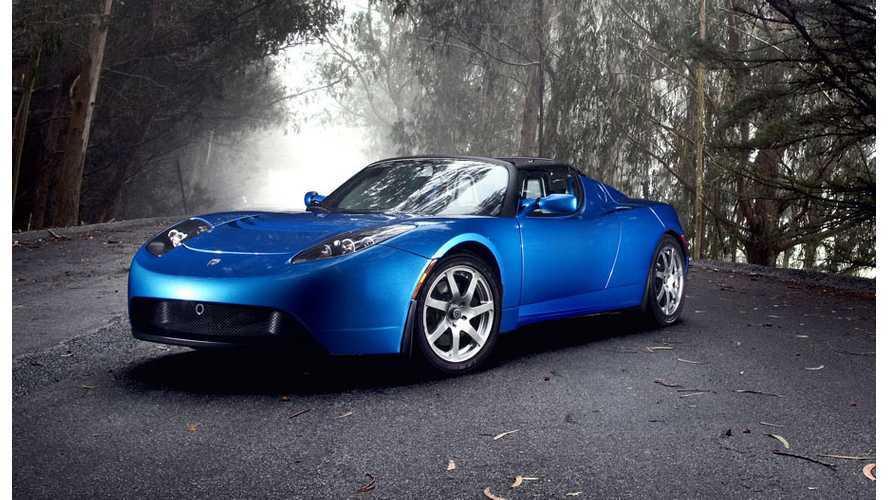 TESLA FOUNDER TALKS ABOUT THE 'STARTUP GRIND' IN SILICON VALLEY

Marc Tarpenning was already a veteran of the Silicon Valley startup scene when he and Martin Eberhard founded Tesla. Their skills in starting companies and securing financing were a big part of the reason that the company was able to get up and running so quickly. Tarpenning is also an articulate and engaging speaker, as I learned when I interviewed him for my history of Tesla. So who better to talk about startups than Tarpenning?

Herein Lies The Story Of Launching And Building Tesla

As Tarpenning recaps the fascinating story of his career in this new video from Startup Grind, he sheds light on the various experiences and revelations that led him to help create the company that is revolutionizing the world’s transportation and energy systems.

Tarpenning takes us back to the early days back in the 1960s, when he was one of the few people fooling around with computers. At Berkeley, he planned to get into the humanities, but kept coming back to computing. He was mainly interested in software, but in those days you had to know a lot about hardware, as the software was a lot “closer to the metal.” Tarpenning gradually came to specialize in firmware.

Above: Tarpenning opens up about Tesla (Youtube: Startup Grind Local)

In his 20s, Tarpenning traveled the world as a computer consultant. He spent a lot of time in Saudi Arabia, an experience that impressed him with the need to break the world’s addiction to fossil fuels - not so much for environmental reasons (few were aware of climate change back then), but for economic and cultural reasons. When he returned to the Valley in the mid-1990s, he dove into disk drives. Creating the software that makes disk drives work turned out to be an invaluable lesson in how to make systems that are super-reliable.

Soon Tarpenning had his fateful meeting with Martin Eberhard. The two engineers looked for something “fun” to get into, and decided on digital books. They formed a company that created one of the first e-readers, and learned how software can change a long-established business ecosystem - to wit, the publishing industry, which has been around for a millennium or two. “We discovered that these ancient industries can be disrupted pretty easily.”

Tarpenning tells how he reached other key insights that Tesla was built on, including the central importance of the customer experience. Instead of reinventing the battery, Tesla would use proven, readily available cylindrical cells like the ones used in laptops (which were already being produced in the billions per year). Of course, the big revelation, which led to the development of the Tesla Roadster, was that trying to sell an electric car as a money-saver was a dead end. EVs had to be sold on the basis of their superior driving performance - in short, they had to be cool.

As long-time followers of Tesla understand (but many in the mainstream press obviously do not), the company was built on a three-phase strategy, one that’s common in the software industry: first you produce a high-end niche product that commands a premium price; next you use the lessons learned from that to produce a mid-market product at higher volume; and finally you use the skills, economies of scale and cost reductions gained in the previous steps to build the mass-market product that is the ultimate goal.

Above: Tarpenning and Eberhard with the Tesla Roadster (Image: Astrum People)

How has Tesla executed that plan? “It’s been amazing,” says Tarpenning. “Elon has, as we know at the moment, some foibles, but he has really pushed the company faster and further than we really imagined. What has also been astonishing is how slow the big incumbents have been at catching up. They’re now just beginning, maybe - they swear this next year, maybe the year after, they’re going to have some EVs that really work, and it’s going to be great.”

Back in 2004, the Tesla founders assumed that when the Roadster came out and showed people what was possible with an EV, Big Auto would jump into the market - perhaps one of the global giants would acquire Tesla, or perhaps they would produce their own competing electric sedans. The Tesla board spent a lot of time worrying about how the little startup would be able to deal with competition from the global giants. They never considered the possibility that the “big boys” would basically do nothing.

The legacy automakers’ inaction gave Tesla years of additional time to develop its products. Ten years after the release of the Roadster, the legacy carmakers are still watching and waiting, as Tesla’s vehicles eat into their markets like Pac-Man.

Worried about the future of Tesla, or of EVs in general? Watch the last five minutes of this video (actually, it’s well worth watching the whole thing). Tarpenning explains why he thinks electrification will happen much faster than most people think and offers some insight into Tesla’s secret weapon: a mission. “With Tesla, it was so much easier to recruit people. ‘I so want to work here, because I want to work on something that actually has meaning, and I’m willing to take a pay cut.’ That happened over and over.”

Written by: Charles Morris; Source: Startup Grind Local; *Chart sourced from US sales data via Good Car Bad Car for September 2018 (Note: Tesla doesn't break out sales by country, and the Model 3 tally assumes some deliveries to customers in Canada)