Mercedes-Benz EQA Spied? Lack Of Exhaust Might Be A Giveaway

The lack of exhaust suggests there's an all-electric powertrain underneath.

This camouflaged vehicle has all the lines of a Mercedes-Benz A-Class hatchback, and there might even be some temptation to call it a tester for the hot AMG version. There’s just one problem – the new A-Class is already here, so what’s up with this camo-wrapped model wearing heavy coverings on the front end? Actually, we should draw your attention to the back, where there’s a curious absence of exhaust. 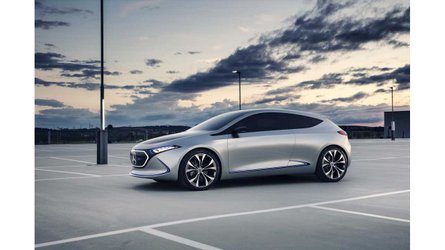 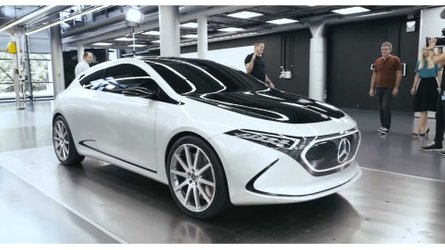 Another Look At The Mercedes-Benz EQA (Now In White) - Video
We’re not just talking about telltale puffs of vapor, either. Looking close we can’t see any piping at all, which means this is likely an all-electric Merc. That assessment is further supported from the description of this 4K spy video from walkoARTvideos on YouTube, which says the car was “quite silent” and emitted no visible exhaust. Does this mean Mercedes has plans to electrify the A-Class? Not necessarily.

We know the automaker has ambitious plans to bring 10 fully-electric cars to market by 2025 for its new EQ lineup, and we’ve finally seen the first model with the recently revealed EQC SUV. Things are still early in Merc’s electric initiative, however, as the EQC won’t begin production until next year and likely won’t come to the U.S. until 2020. We also know Mercedes is building a flagship EQS sedan that’s designed from the ground up to be an electric vehicle, and a C-Class equivalent is also in the works.

With all that in mind, it certainly makes sense the Mercedes would electrify the A-Class, but we don’t think the final product will simply be the familiar-looking hatchback with electric power. Rather, we suspect this is a test mule for the EQA, which the automaker showed us last year at the Frankfurt Motor Show in concept form. It’s a three-door hatch that packs two electric motors to turn all four wheels, so in theory, the new A-Class would make a good platform for testing such a powertrain.

We’ll certainly keep our ears to the ground to see if we can suss out any more details on what Mercedes has in store for its smaller EQ offerings.