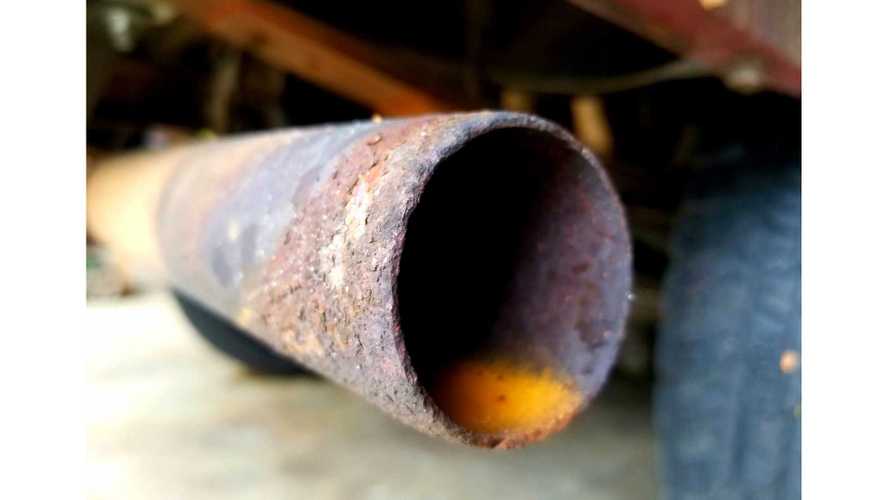 The US DOT and EPA recently held three days of hearings in Fresno, Dearborn, and Pittsburgh on the Trump administration’s proposal to reverse existing federal fuel efficiency and emissions standards, and members of the public had a chance to comment.

Above: The hazardous effects of tailpipe emissions are concerning (Image: Charged)

Hundreds of people, including physicians and health advocates, former EPA officials and technology entrepreneurs, environmental advocates and local officials, testified against the plan, vastly outnumbering the handful that came out in support. Even representatives of automakers and the aluminum industry opposed the effort to water down the standards.

A former EPA analyst who spent years working on emissions policy testified that the technical analysis for this proposal was the “most biased and dishonest” he had witnessed in his 40-year career at the agency.

The DOT’s own Draft Environmental Impact Statement (DEIS) concluded: “The Proposed Action and alternatives are projected to result in an increase in energy consumption, an increase in most criteria pollutant emissions…Overall US health impacts associated with air quality (mortality, asthma, bronchitis, emergency room visits, and work-loss days) are anticipated to increase across the Proposed Action.”

The Natural Resources Defense Council’s David Pettit pointed out several shortcomings of the DOT’s DEIS at the Fresno hearing. “The alternatives analysis looks only at reductions in the CAFE standards, not increases,” he said. “None of these alternatives increases fuel economy with respect to the no action alternative, none conserves energy, and none represents maximum feasible CAFE standards. These are fundamental errors. The DEIS is fundamentally flawed and needs to be withdrawn.”

According to the NRDC’s Luke Tonachel, who testified in Dearborn this week, adopting the proposal would mean fewer innovative jobs, more smog, soot and carbon pollution, and higher costs for drivers filling up at the pump. The agencies’ own analysis shows that halting progress on emissions will mean 60,000 fewer jobs, an outcome that would be especially bad for Michigan, which is home to 69,593 jobs in 224 facilities that make materials or components for more fuel-efficient cars.

The agencies also admit that the plan will mean more carbon pollution. If the plan is adopted, an additional 73 billion gallons of gasoline will be consumed by the vehicles directly regulated under the proposal - an additional cost of $170 billion dollars for American drivers.

The administration’s argument that halting the pollution and mileage standards would save lives by reducing highway deaths was undercut by the EPA’s own analysts, who showed the flaws in its assumptions.

A spokesman for an aluminum industry trade group testified that the administration’s claim that automotive lightweighting would lead to more highway fatalities is false. “Numerous flawed assumptions in the draft rule are misleading and overstate potential unfavorable impacts on safety,” said Mario Greco, Chairman of the the Aluminum Transportation Group. “Automakers are not reducing the weight of small cars, but instead are prioritizing weight reductions where it offers the most promise to boost fuel economy and reduce emissions - their larger, heavier cars and trucks.”