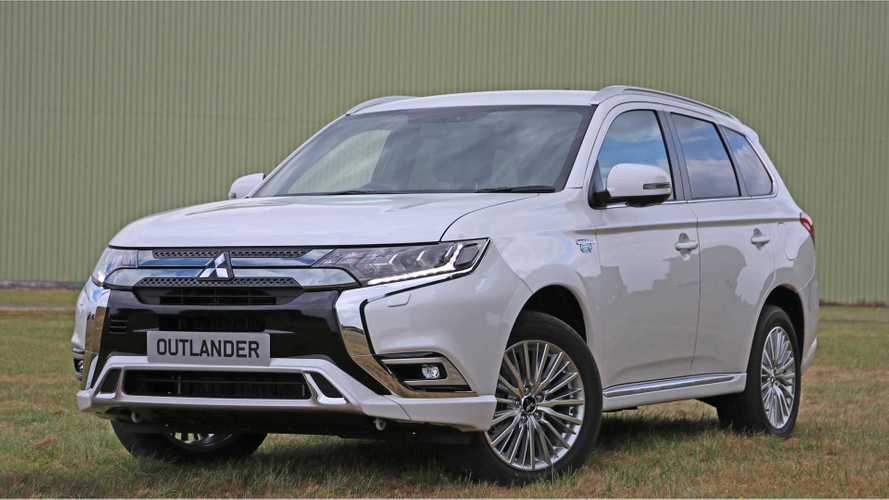 Mitsubishi will lose the most from the end of Plug-in Car Grant for PHEVs.

Mitsubishi Motors decided to respond to the reduction of Plug-In Car Grant in UK, which next month not only decreases the amount of incentives to BEVs to £3,500, but basically eliminates PHEVs (previously eligible for £2,500).

Mitsubishi said it's surprised and disappointed. The Japanese manufacturer upgraded the Outlander PHEV, one of the few plug-in hybrids certified to the new WLTP test cycle, to stay below 50g/km of average CO2 emission.

"Following the news that the Department for Transport is to abolish the Plug-in Car Grant for all plug-in hybrids from November 11th onwards, Mitsubishi Motors in the UK wishes to express its surprise and disappointment at the decision, which is completely at odds with the Government’s stated objective of making the UK a world leader in green mobility in the future.

As motorists seek a low-emission, fuel efficient alternative to diesel vehicles, now should be the ideal time for the Government to incentivise Plug-in hybrid technology, not pull its support, because such technology forms the perfect segue between conventional petrol and diesel powered and full electric vehicles, particularly as the charging network is nowhere near evolved enough to support widespread full EV use.

A further frustration of the decision is that with new WLTP regulations coming into effect, only those plug-in hybrids that offer real-world efficiency and a useable EV range would qualify for the grant anyway. The Mitsubishi Outlander PHEV is only one of a small number of plug-in hybrids still on sale thanks to its WLTP economy figure of 139mpg, emissions of 46g/km and an EV range of 28 miles."

The UK is the Outlander PHEVs biggest market in Europe, and Europe was most important for the car globally. At the same time, Outlander is the best-selling plug-in model in the UK, which means the two were highly bound to each other.

Soon, the demand for the Outlander PHEV will weaken it seems.

"There is no question that the Plug-in Car Grant played a crucial role in establishing the EV and Plug-in Hybrid markets in the UK, giving consumers confidence in the technology and making the relatively expensive technology more attainable. However, both EV and PHEV vehicles still represent a tiny proportion of the overall market and it is the opinion of Mitsubishi Motors in the UK  that the Government’s decision to cut the grant for plug-in hybrids is somewhat premature."

“The decision to suddenly end grant support for some of the greenest vehicles on the road is extremely disappointing but as segment leader for the past four years, we are confident despite the setback that people will still see the benefits of having a 220hp, all-wheel drive SUV that is also so efficient it attracts low VED, low Benefit in Kind rates for business users and offers huge real-world fuel cost savings compared to conventional petrol- and diesel-powered SUVs.”