Elon Musk Came To North America At 17 With $2K, The Rest Is History 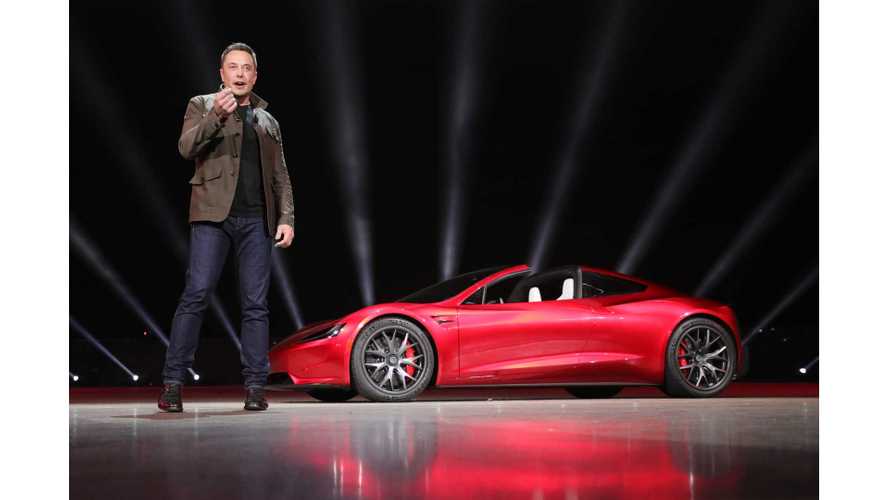 How did Elon Musk grow into the business maverick he is today? It didn't come easy. CNBC reports that even though the 47-year-old "tech titan Elon Musk is currently worth more than $20 billion... the Tesla and SpaceX boss hasn't always been so wealthy."

Musk acknowledged (via Twitter), "I arrived in North America at 17 with $2,000, a backpack and a suitcase full of books. Paid my own way through college. Dropped out of Stanford Engineering/Physics grad school with $110,000 in college debt."

Let's rewind. Looking back, where did this immigrant's journey begin? Elon Musk was born in Pretoria, South Africa. In his home country, he'd moved to Johannesburg and Durban but always wanted to go to America. In a revealing 2012 interview with Kevin Rose, Musk explains, "It always seemed like when there was cool technology or things happening, it was kinda of in the United States. So, my goal as a kid was to get to go to America basically."

Above: A fascinating interview with Tesla CEO Elon Musk back in 2012 where he discusses some of his early challenges (Youtube: Kevin Rose)

After South Africa, Musk found his way to Canada where his mother recalls, "having very little money... in a rent-controlled apartment in Toronto with Elon on the couch." He eventually received a scholarship at the University of Pennsylvania in the US. Musk didn't know what to do after graduating. He admits, "I actually wasn't sure what I wanted to do growing up. I think at one point I thought inventing stuff or creating things would be a cool thing to do. But I wasn't really sure if that meant starting a company or whether that meant working for a company that made cool stuff."

It turns out he'd make a go of it in Silicon Valley. He reached out to one of the hot dot-com companies of the time, Netscape. After making an effort, he recalls, "I didn't get a reply from Netscape and I actually tried hanging out in the lobby, but I was too shy to talk to anyone. So I'm just like standing in the lobby. It was pretty embarrassing. I was just sort of standing there trying to see if there's someone I could talk to and then I just couldn't, I couldn't… I was too scared to talk to anyone. So then I left."

Instead, he decided to strike out on his own. Musk quit grad school at Stanford University to team up with his brother, Kimbal, and start Zip2 in 1996. Musk explains that the "initial idea was to create software that could help bring the media companies online. So we helped, in a small way, bring companies like New York Times, Hearst, Knight-Ridder and so forth... online. They weren't actually always online — people don't realize that."

It all worked out. Zip2 was acquired by Compaq for $340 million in 1999. That laid the groundwork for Paypal... which ultimately set the stage for SpaceX and Tesla. Now, Musk is involved (albeit in a smaller capacity) in many forward-looking companies like The Boring Company, Neuralink, and OpenAI. In retrospect, things may have turned out differently. After all, he could've made a connection in Netscape's lobby, landed a job, and found himself coding in a cubicle at a failed internet company.