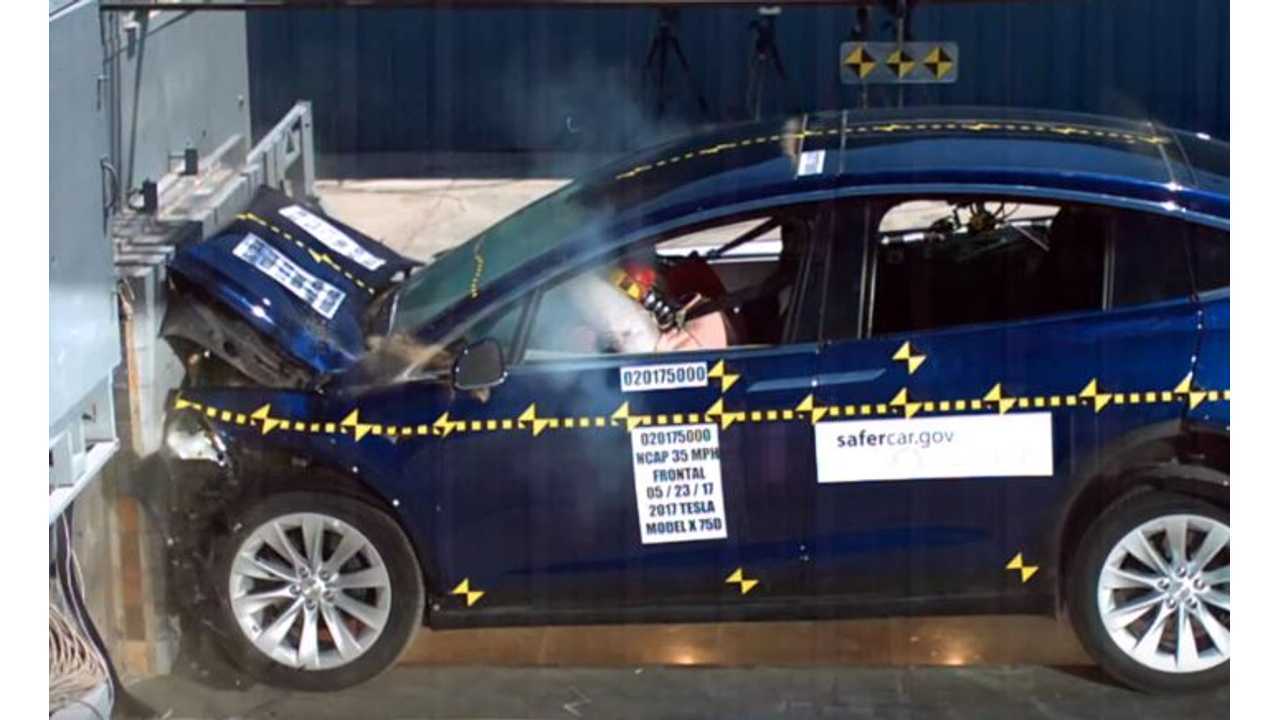 Model 3 may have ranked as the safest, but it's better to be in a Model X.

Tesla Model 3 has the lowest overall probability of injury for any car ever tested by NHTSA, ahead of the Tesla Model S and Tesla Model X. However, having five stars in every category doesn't really tell the whole story.

Elon Musk noted in one of his most recent tweets that we need to take the weight of the vehicle into account to be able to truly find the safest cars in the case of crashes.

The higher weight likely changes the ultimate ranking of the lowest probability of injury, so the Model X checks in slightly better than the Model S and Model 3 is third (but "they are all very close"), says Musk.

The reason for that is because a vehicle that weighs more has higher potential energy than lighter vehicle at a similar speed and the difference will impact the lighter car. Just simple physics...really. Here is an example of an elastic collision that of course doesn't apply to non-elastic cars, but be aware that your chances of walking away without injury go down as the weight of the vehicle you collide with goes up.