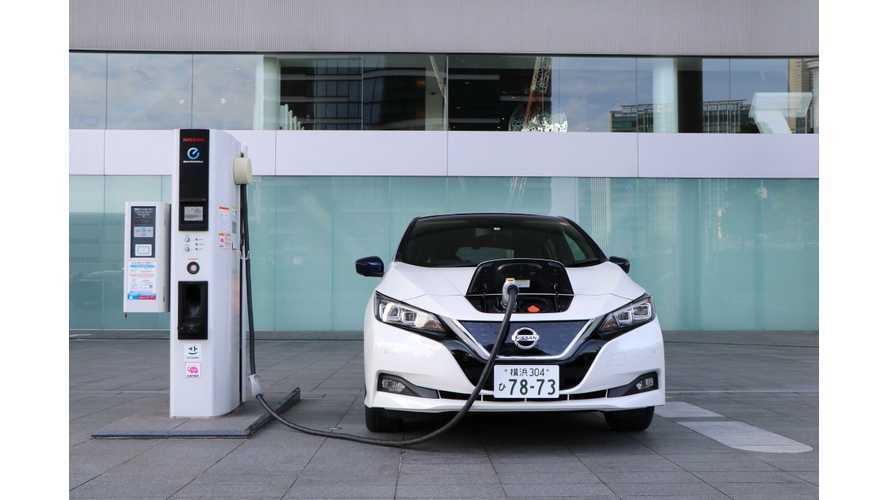 A recent ad for the 2018 Nissan LEAF gets banned for seemingly unclear claims about battery charging times.

Nissan put out an advertisement that specified its 2018 LEAF can charge up to 80 percent of capacity in just 40 to 60 minutes. The automaker attached a footnote to clarify that the charging time is dependent on a number of variables. However, apparently, that information wasn't enough to satisfy the Advertising Standards Authority (ASA) -- the UK's regulator of advertising -- after a few people complained about the ad's potentially misleading nature.

Nissan argued that the ad didn't mandate that the LEAF's battery would surely be charged to 80 percent in an hour. Interesting, the automaker's clarifying footnote reads:

Nonetheless, three individuals reported the ad to the ASA. Although the organization doesn't have the authority to interpret and/or enforce legislation at an official level, it can shed light on the situation and request that changes are initiated and ads are taken down. The ASA actually went so far as to say that it believes Nissan's footnote may have already been enough to apprise customers, but still, it asserts that Nissan may have been trying to mislead them. The organization explained:

Therefore, because the ad did not clearly convey the degree of variability in the time that may be required to deliver a certain amount of charge, we concluded that the claims had not been substantiated and were likely to mislead.

So, basically, it appears that the ASA hoped the LEAF ad would clearly break down how much the time may change based on each of these individual factors. To us, that seems to be a bit much, and Nissan agrees.

The automaker made a recent statement on the matter:

We were very disappointed with the ruling made by the ASA, although of course we will respect their decision.

We constantly review and react to customer feedback to ensure that we are giving the very best possible service and information.

In the end, Nissan listened to the feedback from the ASA and from vehicle buyers. It not only pulled the ad, but has since added an update to its website that reads as follows:

Plug your New Leaf into a CHAdeMO rapid charger and get from 20% to 80% charge in around 60 minutes.

In addition, Nissan added an admission that the fastest charging speed may only be available once a day since that car might not accept additional quick charges at the same speed due to the battery being hotter after driving.