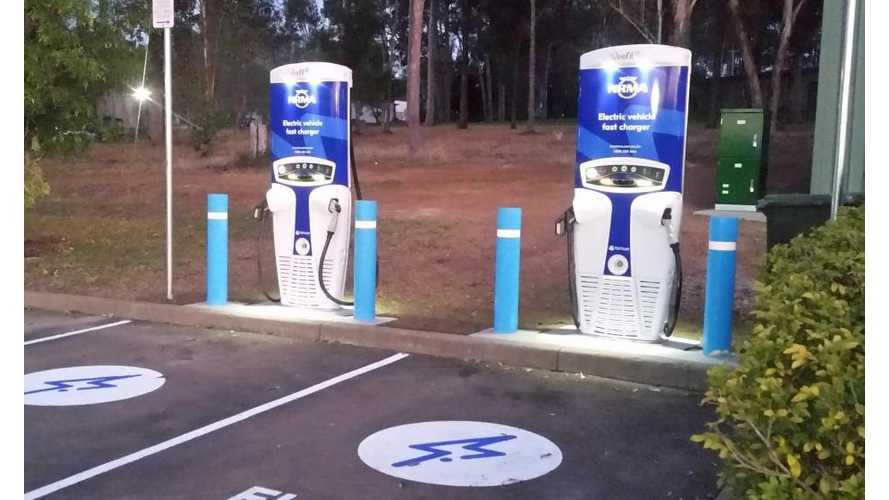 It's still a long way til the infrastructure could be considered satisfying, but at least more manufacturers will be willing to introduce some EVs in the country.

Around 70% of DC chargers in Australia were supplied by Tritium, founded in Brisbane.

"Among the 50 charging locations are the 18 deployed for the Queensland Electric Super Highway, the world’s longest electric super highway in a single state which allows tourists to travel from Coolangatta to Cairns and from Brisbane to Toowoomba in a low or zero emissions vehicle.""

“It’s been proven time and time again across the globe that when the charging infrastructure is in place for electric vehicles, you’ll see an uptick in the number of EVs on the road and in showrooms. We now have a significant number of publicly-available chargers across the country with more to come.”

“While hitting this milestone is a great achievement, the country still has a long way to go with the need for hundreds of new DC charging locations. Federal Government support and incentives would certainly help further drive electric vehicle penetration into the Australian market, but industry and local governments across Australia aren’t prepared to wait for it.”

“They see the tangible benefits electric vehicles bring to the environment and to trade, and they’ve been overwhelming in their enthusiasm to roll out the necessary infrastructure.”