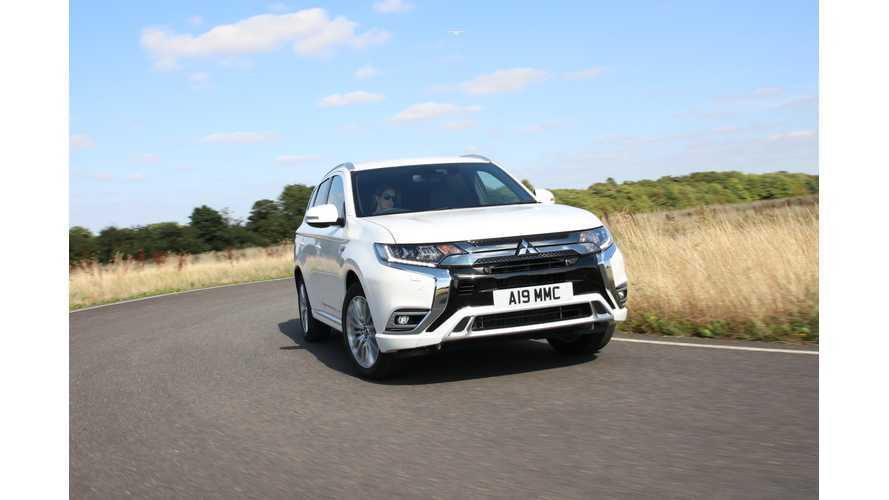 September again proves how important the plug-in hybrid Outlander is to Mitsubishi in the UK, as 41% of the brand's sales that month were of the Mitsubishi Outlander PHEV.

Coventry Adds Incentives To Push Up Use Of Electric Taxis

During the first nine months of this year, Mitsubishi sold 5,731 Oulander PHEV in the UK. That's 17% of all plug-in hybrids YTD.

"Of those sales, almost 40% were to private customers, people who desire a practical, all-purpose vehicle that can run on low-cost electricity for day-to-day driving with petrol power for longer runs or when full SUV versatility is required.

Looking at the wider plug-in market, the Mitsubishi Outlander PHEV actually accounted for close to half of all sales of plug-in hybrid vehicles to private customers in the UK in September, while an astonishing 78% of individual and small business users in the UK who bought a plug-in hybrid in September opted for a Mitsubishi Outlander PHEV, incentivised by low BIK rates, low running costs and congestion charge exemptions."

After the most recent upgrade in the 2019 model-year, which enabled it to achieve CO2 emissions of 46g/km and an EV range of 28 miles (45 km) under WLTP, the Outlander PHEVs seems immune to the problem that other PHEVs face as they struggle to fit into the 50 g/km requirement for incentives.

“We are delighted with such a strong performance in September over our whole range of vehicles. The Mitsubishi Outlander PHEV continues to perform well, and the 2019 revisions only broaden the appeal of such a versatile and capable vehicle. We were one of the first to announce WLTP figures for PHEV, and this has allowed us to be in a position to continue selling vehicles in such an important market.”