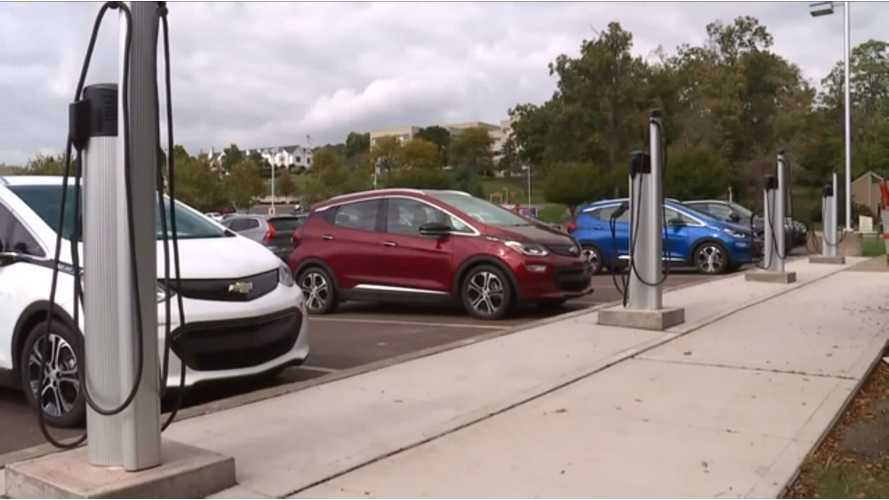 A fleet of Chevy Bolt EVs are hitting the road as part of a pilot program between General Motors and Geisinger Medical Center in Danville, PA. Over 260 Geisinger employees got to drive the Bolt EV. A small number were also picked from a lottery for an extended test drive of the vehicle.

Todd Merritt lucked out in that lottery and stated "it was a great experience to be able to drive it." The Geisinger employee was able to drive the Chevy Bolt for a full week. Merritt feels the car "matches what you would expect from a car and also it is more environmentally friendly."

Michael Ableson, Vice President of Electric Vehicle Infrastructure at GM, spoke before a crowd at the medical center. He explained that people living in large cities are becoming more and more interested in sustainability and better quality of life. "And that's what the healthcare industry is all about: how to improve quality of life. And it's certainly something we see from our customers as they move into these mega-cities. So we get this challenge of more people living closer together that have to have their transportation needs met. But they expect to do it in a greener way and a more sustainable way."

As part of the program, 10 electric vehicle charging stations were also installed on the property. While the Chevy Bolt fleet will leave in November, the charging stations will remain. Employees were given a survey before and after test drives to gauge their opinion of driving electric.

This program is interesting not only because it increases electric vehicle awareness, but it also gets "butts in seats." Hundreds of people likely experienced electric driving for the first time. Best of all, there is now a row of electric vehicle chargers installed as a daily reminder of the event.

Perhaps on their next vehicle purchase they will think to themselves: "Why not get an electric this time?" Check out the link below for a video of the event.