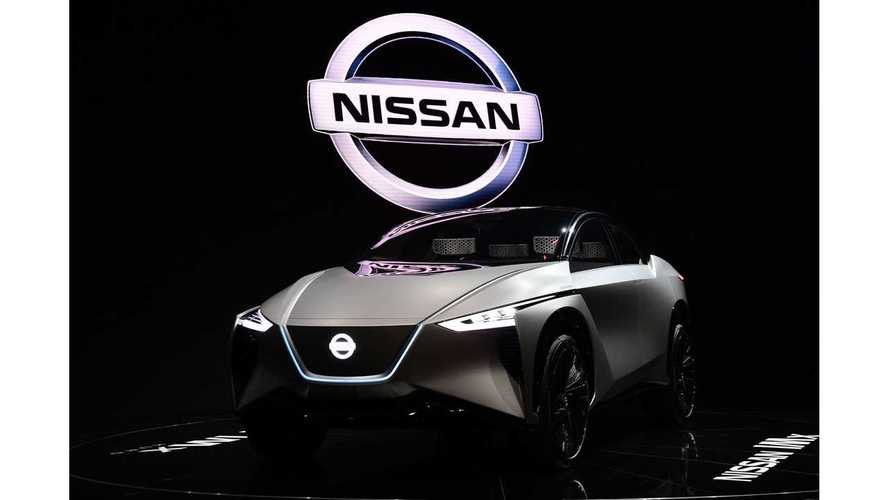 Maybe it should be badged Infiniti.

Nissan is supposedly bringing an all-electric crossover to market, based on the Nissan IMx concept and built on a dedicated platform. Thought to still be two years away, we hear that it may come with a price tag starting at $45,000 and a 220-mile range. If true — the numbers come from an undisclosed source talking with CleanTechnica — we worry the effort will offer too little range for too much money, though we haven't lost hope at this early stage.

The Japanese automaker got into the electric vehicle game early with the LEAF. While it went without a direct competitor through most of its life, it's now seen as a value play in the space, matched up against the Chevy Bolt and the $35,000 version of the Tesla Model 3 that has yet to arrive. With its modest $29,990 base price, it's done ok for itself but, compared to the huge numbers that its Californian competitor puts up with its much more expensive Model 3 variants, we believe its fair to say it hasn't lived up to its potential. Suspected reasons for its soft sales (comprehensive DC fast charging network aside), are battery related. Although now boasting 40 kWh in the 2018 refreshed version with an EPA range of 151 miles, its main current competitor, the Bolt, offers 238 miles.

While we have no doubt a good many people would lay out $45,000 for an electric crossover, they would expect certain things for that money, chief among them being a competitive range. We suspect the yet-to-be-revealed Tesla Model Y will be a direct competitor at this price point, and in base trim will have a similar range, possibly less, so it would appear as though they have that angle covered.

What might prove more challenging in the fight for market share are offerings from Kia and Hyundai. The Korean corporate cousins have several electric crossovers about to enter the market over the next few months that have the range requirements well covered — Kia has the Niro EV and reformulated Soul EV, while Hyundai has the Kona Electric. All built on the same platform, in the U.S. they will boast a 64 kWh battery and return a range result in excess of 250 miles at a price point under $40,000.

Of course, Nissan is aware of the competition it faces and will try to offer a strong mix of compelling performance and features for a reasonable price. And, we are cheering for them as they are ground-breaking pioneers in the segment. Consumers at large, though, won't rely on that sentiment as they evaluate their choices and so we will watch carefully to see what details emerge as we move closer to production.