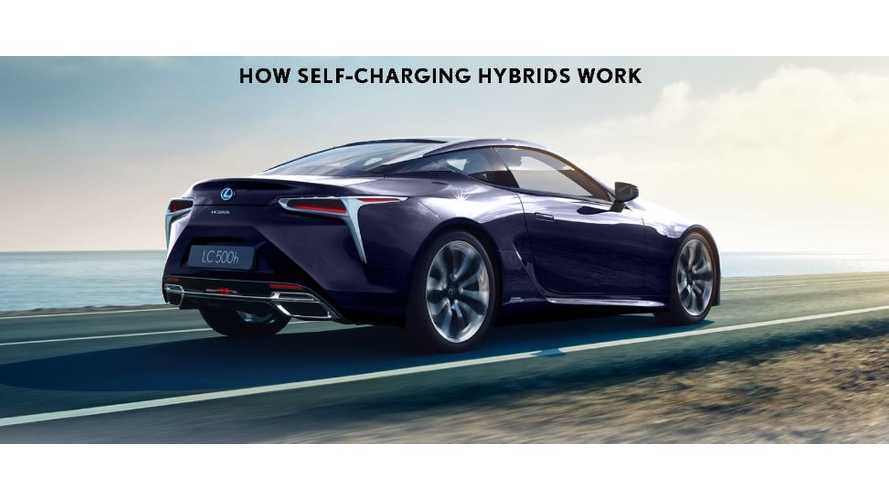 Hmm ... Lexus hybrids have been "efficiency without compromise" for a while now, but the automaker has dialed up that mantra in an attempt to kill EV adoption.

Lexus (Toyota) has gone round and round regarding EVs for years. The automaker's focus has been primarily on traditional (no plug) hybrids, as well as hydrogen fuel-cell vehicles. Time and time again there's talk about a changing of priorities, but it never really comes to fruition. This is not to say that the Toyota Prius Prime isn't capturing some success in the segment (meanwhile Toyota Mirai sales are nearly non-existent), but when it comes to Toyota's luxury brand -- Lexus -- there's not much visible progress.

This is because Lexus continues to push its wide palette of hybrids as if they're actually electric vehicles. In the company's latest advertising campaign, which has very obvious intent to create and promote FUD (fear, uncertainty, and doubt), Lexus promotes:

Seamlessly combining a gas engine and electric motor, Lexus Hybrids recharge as you drive - so they are always ready to go. That’s just the start of what makes them the ideal choice for electrified driving. You can also expect instantaneous acceleration, responsive power, high fuel efficiency, exceptionally low emissions when compared to a conventionally powered vehicle, and a luxuriously smooth ride - all without a need for a change in driving habits or need to plug in.

NO NEED TO PLUG-IN. NO NEED TO CHANGE DRIVING HABITS. NO COMPROMISE IN PERFORMANCE OR FUEL EFFICIENCY.

Lexus Self-Charging Hybrids are electrified vehicles with some potent differences over pure battery electrics. With a Lexus Hybrid, you never need to plug-in, worry about where the next charging station might be, or change your driving habits in any way. Just get in and go.

Below, we've included the header for the campaign, in addition to a small gallery of the other information provided by Lexus:

As if the hybrid segment can't function well enough on its own merits, Lexus has clearly taken to using the growing attention towards electric vehicles in its favor. Those immersed in the segment know full well what "electrified" versus "electric" means.

The difficult situation here, especially from the perspective of those pushing to get people to adopt EVs, is that Lexus is not only advertising its hybrid vehicles, but also trying to cause people to second guess an electric car purchase. Wow! Yea, yea, this is big business and it's how it goes, but just wait until the day that Toyota and Lexus want to change course and promote EVs fully. This type of advertising may come back to haunt the automaker.

A deeper dive into the situation reveals that Lexus is promoting an agenda that hopes to increase people's range anxiety. In addition, it makes charging look like an issue or an inconvenience. If a Lexus electrified vehicle can actually charge itself and has an infinite range (which is utter bullpucky since no car can ever have an unlimited range), then why would people ever want to buy a "real" EV? Let's hope and cross our fingers that this ad campaign doesn't work to deter EV shoppers.

What are your thoughts on this situation? Let us know in the comment section below.