Fiat Chrysler has announced that a Jeep Renegade PHEV is coming soon.

Just last week, Fiat-Chrysler (FCA) made an official announcement that it will begin to move forward in preparation for production of a Jeep Renegade plug-in hybrid electric vehicle. According to the automaker, this is the first step in Jeep's plan to launch some eight PHEVs between now and 2022. 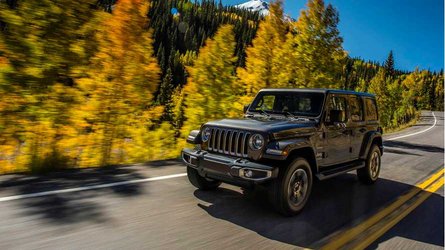 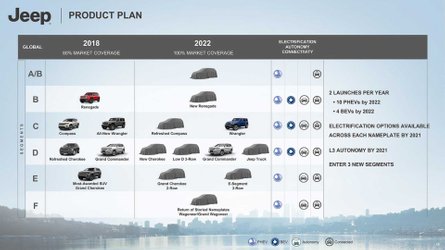 FCA will invest over $10 billion into its electrification efforts throughout the course of the next five years in order to meet U.S. emissions targets and phase out diesel engines. Thus, it will be curious to see what happens if those targets happen to be lessened. However, in the meantime, it has been confirmed that at least Renegade PHEV production efforts are already underway.

According to Reuters, the Jeep Renegade plug-in hybrid will hit the market near the beginning of 2020. Jeep plans to manufacture it at its Melfi plant in Italy, where the Fiat 500X is currently built. The plant will be reconfigured, employees trained on the new tech, and a new engine is in the works that will cost the company some 200 million euros to design and ready.

While we recently reported on Jeep's plans to produce eight PHEVs by 2022, Reuters says the automaker's full plan is to use a grand total of 12 different electrified powertrain systems by that time - which will include BEVs, PHEVs, and traditional hybrids - to be used in a total of 30 assorted vehicles.