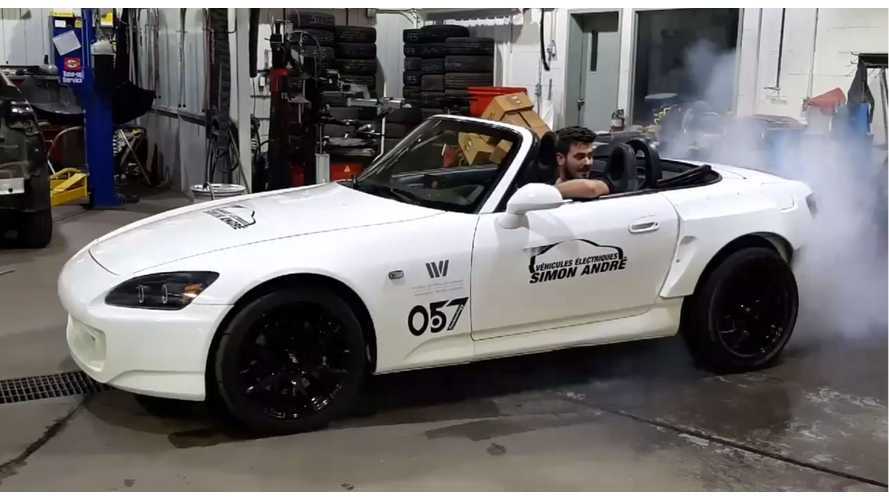 This is one sweet conversion that marries Tesla, Chevrolet, and Honda.

We've shared some pretty awesome EV conversions with you over the years. It's hard to say which one might take the cake as the best of the best. Really, it all comes down to your priorities and brand preferences for sure. Tesla-powered conversions seem sure to succeed and it's not uncommon to see these Chevrolet batteries as the go-to. This particular electric vehicle conversion ought to capture the attention of many since it marries three hugely popular automakers and kicks some major butt as well.

Take not one, but two Chevrolet Volt batteries, which makes perfect sense since the Volt is not known for its large battery packs. Add a Tesla Model S P100D motor. Not to mention modifying it. Slap that all in a Honda S2000 that now makes a whopping 650 horsepower and this is the net result. We always hate to provide a spoiler, but we're honest to say that this conversion is already beating Tesla Model S P100D Ludicrous+ times.

That’s what happens when you let electricity go loose ; )

What do you think of this beast? How do you feel about EV conversions in general? Share your thoughts with us in the comments section below. Also, if you have a favorite electric car conversion that InsideEVs hasn't already covered, provide us with some information and links. Perhaps we can add it to the list!